Yes, once again, Israeli Jews within in the expanding  (Arabs are not targeted) are hiding and scared stiff in shelters.
Since Israel (Sharon and his corrupt band) so brilliantly and successfully dragged thousands of Jews from their homes in Gush Katif and made Gaza “Judenrein,” Hamas has had the power to decide when and for how long they will send the Jews scurrying underground. They call the shots (no pun intended).
This is the third “round” or is it the fourth? One loses track. What is certain is that they have won each round. If a terror organization survives a confrontation – it is a victory. For a country  – especially one as powerful as Israel to agree to a tie is a huge defeat and a bigger shame.
We will lose this one too because the current leaders do not have the faith in our own justice to solve the problem  – to do everything to protect her citizens.
We tried making them like us. We brutally expelled ten thousand model citizens and handed their homes (and synagogues and cemeteries) to Hams. We thought the world would understand our right finally to defend ourselves…
We allow the families of the arch-terrorists to receive top medical treatment in Israel. We thought they would appreciate our humanitarian gestures. We allow thousands of trucks of material and goods into Gaza daily even when they burn down the border crossings. We provide water and electricity.
Egypt could do this from their Rafiah border crossing but refuses. We do because we are nice guys and believe in the human spirit…Egypt is not the object of Gaza’s hate. Does Egypt know something that we don’t. You bet.
Hello?
So there will be another round – or a “cease fire” which Hamas can claim they forced upon powerful Israel. They will be correct.
What to be done?
Eliminate all Hamas’ leadership. If they choose to hide behind their families – it won’t help.
Bottom line. In Gaza and in the Muslim – Jewish conflict in Eretz Yisroel in general- the only way they will cease trying to kill us is if the price is too high. I know it is a primitive approach, but I believe it is the only one. The leadership is not the ones climbing the fences to attack Israel, nor are they their family members. They are probably in university in the West.
Islam’s never-ending war with the rest of the world ceases only as long as they realize they can not win and when it hurts too much. Causing hardship to the simple Gaza resident living under Hamas tyranny is not going to deter the leadership. On the contrary, they love the gory and tear-filled pictures to show the gullible and anti-Israel audiences around the world.

It was a crime to send our soldiers to die in

battles that we do not plan to win. Let us not continue to use them as political pawns in a never-ending game that our leaders do not want to win.
Without total faith in our justice, they can not lead us to victory – just to a period of quiet – until the next round.
I pray we do not do it again.
Another round three(or four) is just what our enemy wants. They exist for this.
Sometimes Jewish life is more important than what the NY Times has to say.
Advertisement 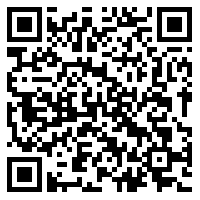