Since the Palestinians in Jerusalem have of late displayed a distinct and regrettable predilection for throwing stones and rocks at anything Israeli that moves, be it car, light rail train or Egged bus, it seems to me to be only fair to rename them “Palestoneians” since they are bent on destruction, whereas, in contrast, Israelis prefer to use stones and rocks for construction.

When the Palestoneians decide to give up their favorite sport and abandon the Stone Age in favor of the Peace and Love Age it might be possible to stop calling them Palestoneians and return them to the more peaceful and less aggressive appellation of Palestinians, many of whom incidentally have proven Jewish roots prior to being forcibly converted to Islam.


Finally, on a more cheerful note, when the Palestoneians eventually revert to being Palestinians they could still preserve the stone-throwing tradition peacefully by holding stone-throwing contests for the younger set and even open to stone-throwers from many nations. 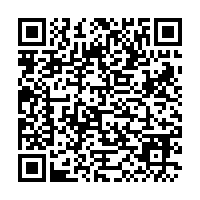