Monday morning was the first Hugh Hewitt radio show in it’s new morning drive time slot (M-F 6AM-9AM Eastern). His first guest was Speaker of the House Paul Ryan who called from the holy land to welcome Hewitt to his new time slot and to insist again that he has no interest in running for president. Ryan’s name has been floated as a compromise candidate should none of the people running get the required 1237 delegates and the GOP nominating convention reach an impasse, but he does not want to be considered.

On the eve of the Wisconsin primaries, top Republicans are becoming increasingly vocal about their long-held belief that Speaker Paul Ryan will wind up as the nominee, perhaps on the fourth ballot at a chaotic Cleveland convention. One of the nation’s best-wired Republicans, with an enviable prediction record for this cycle, sees a 60% chance of a convention deadlock, and a 90% chance that delegates turn to Ryan – ergo, a 54% chance that Ryan, who’ll start the third week of July as chairman of the Republican National Convention, will end it as the nominee. “He’s the most conservative, least establishment member of the establishment,” the Republican source said. “That’s what you need to be.”

But it sounds as if Ryan really means no. Speaking to Hewitt today he gave what seemed to be a “Sherman-type” statement:

“So you’re not the fresh face that Karl Rove was talking about?” Hewitt asked, referring to Rove’s comments on the Hewitt show last Thursday.

“I’m not the fresh face. I’m not that person. I’d like to think my face is somewhat fresh,” Ryan joked, adding seriously, “I’m not for this conversation. I think you need to run for president in order to be president. I’m not running for president, so, period. End of story.”

Yes he said something similar when he was drafted to be speaker, but in that case he refused because the thought the GOP caucus would never agree to running the house the way he wanted to run it, this is different, he doesn’t want the job at this point in his life:

Hewitt: Joined from Israel by House Speaker Paul Ryan, our first guest not named Bill Bennett. Speaker Ryan, thanks for joining us while you’re on your very important, symbolically and practically, visit to Israel. Why’d you pick Israel as the first place to travel as Speaker?

Ryan: I’ve got to say something first, Hugh. Congratulations, welcome, and you’ve got some big shoes to fill.

Hewitt: As he just showed again.

Ryan: I’m here, I decided that my first trip overseas as Speaker of the House would be to Israel. And why? Because I think we need to show how important our ties and our alliance with Israel is. In this dangerous, chaotic part of the world, with terrorism all over the world, Israel is one of our most important allies. I just left a meeting with Prime Minister Netanyahu. I’m on my way out to an Iron Dome site to review their missile defenses, something that we are in, we cooperate with them on. They’ve had, since 2005, just from Gaza, about 10,000, 10,000 missiles and rockets sent into Israel, many of which, most of which, missile defense has been able to interdict, saving, you know, thousands of lives. So I’m here to show our support. I’m here to talk with our allies, and to see how we can better cooperate to win this war against radical Islamic terrorism.

Hewitt: There’s a fascinating story this morning, Mr. Speaker, about why a British exit from the EU should worry Israel, the so-called Brexit, because, Britain, Great Britain, often stops the EU from doing anti-Israeli things. Has that come up, yet, in your conversations about the future of Europe and the future of Israel?

Ryan: We’ve discussed the UN quite a bit and Israel, and UN resolutions, and any problems they propose. We discussed one called BDS, which is boycott, divest and sanction, which is in Europe, and the rise of anti-Semitism in Europe. So yes, we have, we haven’t discussed the Brexit specifically, but there is a rise of anti-Semitism in Europe. Europe has been engaging in this ridiculous and counterproductive BDS shenanigan. We in the Congress have been very forceful about that. By the way, when you try to boycott, divest or sanction Israel, you’re hurting Palestinians as well. So we have discussed that, but not Brexit specifically.

Hewitt: All right, now I want to turn to, you are going to be the chairman of our Republican Party Convention. I say our. I’m a Republican, for new listeners to the Hugh Hewitt Show at this hour, and longstanding member. I’ve always been an activist. You’re the chairman of the convention. You told the Times of Israel I decided not to run for president. I think you should run if you’re going to be president. I think you should start in Israel and run to the tape. I get that. But you are going to be chairman, and there is quite a lot of talk about Rule 40B. Do you think the rules of the 2012 Convention ought to bind this convention, Mr. Speaker?

Ryan: You know, I don’t know, that’s not my decision. That is going to be up to the delegates. I’m going to be an honest broker, and make sure that the convention follows the rules as the delegates make the rules. As you probably know, the Rules Committee meets the week before the convention. I believe it’s two delegates from each state and territory, about 112 people…

Ryan: …who’ll set the rules, and I’m not going to make an opinion or a judgment one way or the other, because it’s their decision, the delegates’ decision, who are the grassroots of the party, by the way. It should not be our decision as leaders. It is the delegates’ decision. So I’m not going to comment on what these rules look like or not. But I do believe people put my name in this thing, and I say get my name out of that. This is, if you want to be president, you should go run for president. And that’s just the way I see it.

Hewitt: So you’re not the fresh face that Karl Rove was talking about?

Ryan: I’m not that person (laughing). I’d like to think my face is somewhat fresh, but I’m not for this conversation. I think you need to run for president if you’re going to be president, and I’m not running for president. So period, end of story.

Hewitt: All right, last question, they found a mass grave in Palmyra. There is a story about the need to go into Libya not just with a new provisional government, but with a lot of American air force if not more. Do you support moving against ISIS there soon?

Ryan: We are already. We have, and there is a huge uptick of ISIS presence in Libya. So I have bene supportive of what we’ve done, and I think that this is going to be part of our whack-a-mole problem, which is going after ISIS wherever they are, and wherever they’re constituting at, and yeah, I think we’ve got a problem in Libya, and we need to deal with it.

Hewitt: Speaker Paul Ryan, thank you for joining us from Israel. Great to have you as our first guest on the new Hugh Hewitt Show. Come back early, always and often. 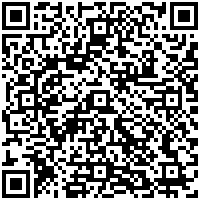