{Written by Ben Packer for the Israel Rising website}

He has done it again! Just yesterday, President Trump officially announced that he is withdrawing from the agreement reached between the obama administration, Europe and Iran concerning their nuclear weapons program. The idea of the agreement, more or less, was to pay Iran tons of money so that they wouldn’t try to make a nuclear bomb. All the while they can continue with terrorism and all that stuff, just no nuclear weapon. Also, this is being done on the honor system. Iran’s 2nd favorite system! (Honor killing system is a consistent #1)

Reactions have been swift and predictable:

For withdrawing: America, Israel, Saudi Arabia
Against withdrawing: Iran, Europe
(its kind of like World War 2 all over again)

This all comes at a time when Iran is threatening to retaliate against a bunch of very successful recent Israeli attacks (including last night) against Iranian targets in Syria. Israel has made preparations for the possibility of an Iranian/Hezbollah attack, but mostly life goes on pretty routine. Most folks focused on next week.

That’s a lot going on, even for here.

And finally, yesterday the soldier, Elor Azarya, was released from jail. This is wonderful news and way, way overdue. His brother is getting married tonight and for sure Elor will be celebrated there as a hero. This will likely continue for the rest of his life. He can thank the thoughtless, immoral Israeli left for his lifetime hero status. He’s a cool guy, but they are the ones who made him a hero.

After next week, expect some excitement in the Knesset, strategic building in Judea, Samaria and Jerusalem and more clarity as to who is running in the Jerusalem mayor elections.

In the meantime, sit back and enjoy the show! 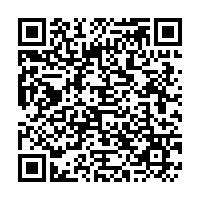