On February 8, Rabbi Dovid Bendory spoke at the New Jersey statehouse about the right to bear arms. The Rabbinic Director of Jews for the Preservation of Firearms Ownership, Rabbi Bendory stated with reference to chapter 22 of Sefer Shemot:

God has given us the right to self-defense. We have not only a God-given right to defend ourselves and to protect our families; but we have a God -commanded responsibility to do so.

Soon we will celebrate Purim. Last year I interviewed Rabbi Bendory about these themes in relation to the festival. He observed:

Purim is a story in gun control and its impact on a nation. It’s because of the gun control of Achashverosh’s reign that the Jews had no right to defend themselves, that they were so vulnerable to being wiped out by the decree of one lunatic. The government has taken away from the people the God-given right to self-defense. So Achashverosh magnanimously grants them that right back—you  can now defend yourselves against the people who attack you—and the result is of course the celebration of Purim.

Rabbi Bendory further noted regarding Shmuel I 13:19, that

Four Jews who will not celebrate Purim this year are Yitzhak Ames, Talia Ames, Kochava Even-Haim, and Avishai Schindler. On August 31, 2010, Hamas murdered them on Route 60 near Kiryat Arba. (May the Almighty avenge their blood).

The government had disarmed Yitzhak before the massacre because of he and his wife’s activism in defense of Gush Katif. A family friend stated, “There are four bodies today because the government, instead of fighting terrorism, is fighting citizens. They put settlers in situations where their hands are tied.”

As the civil rights organization Honenu noted in a report last November on the government’s broader disarmament of citizens, “If Ames’s weapon had been in his possession, perhaps the incident would have ended differently.”

The grandson of the owner of the Lahav gun store in Tel Aviv similarly remarked in December on Israel’s repressive gun policies:

The problem is that the law makes it very difficult for the good people to get guns. The number of legal guns in recent years has gone to around 170,000, but there are a half a million illegal guns floating around the Arab sector, no one knows how many.

On illegal guns in the Arab sector, Dr. Guy Bechor of the Interdisciplinary Studies Center in Herzliya wrote in November concerning the terror attack on a bus in Tel Aviv:

Arab villages in Israel are flooded with illegal aliens—and the weapons they bring along. The Israel Police are well aware of this problem and of its extent, but for some reason are doing almost nothing to stop it. This is understandable.

After all, police apparently have more urgent priorities like raiding a beit midrash and beating people therein.

The Israeli government and it seems much of the citizenry have learned neither from Tanach nor history. The American jurist St. George Tucker had more wisdom and sense of survival than many Jews today when he wrote in 1803: “Wherever…the right of the people to keep and bear arms is, under any color or pretext whatsoever, prohibited, liberty, if not already annihilated, is on the brink of destruction.” 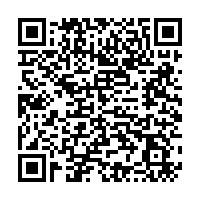