This may seem like a strange topic for a Rav of a Shul to talk about; however, since I enjoy sharing all facets of my life here at the Shul, I am not going to exclude you from an interesting episode of my life which occurred just last night.
I am probably the only Orthodox rabbi who every year is identified as and approached with certainty as being “Santa Claus.”
Since the Shul is next door to a public school every year at this time of year as I walk past the school the children run up to me and shout with glee, “Look everyone! It’s Santa Claus!”
I imagine my long “getting whiter by the day” beard and my girth are the two most compelling reasons for the kids to assume I am no doubt the man in the flesh who will bring them their toys and gifts come December 25.
And this year was no different as last week almost every day when I passed the children they called out to me, “Hi Santa! I was a good boy this year! Can you bring me the NEW TEDDY RUXPIN BEAR?”
Or another child asked with total sincerity, “Santa, please, please can you get me the new Janod Balance Scooter-Bike in Mint Green? I promise I was a really good boy this year?”
I smile and even when their parents or teachers attempt to silence them, I tell them, “Its fine, I am not insulted; I love all the children.”
I learned to utilize the misidentification as an opportunity for Kiddush Hashem by being especially nice to the children.
I tell them to be good and I’m sure their parents will be good to them in return.
Once, a few years ago as a class of youngsters passed me, one shouted, “It’s Santa!”- I smiled and waved and allowed them to pass me.
One young boy stayed behind and waited.
He walked over and bashfully asked, “You’re really are Santa, aren’t you?”
I looked at him and although I knew I had to disappoint him I said, “I’m really not; in fact I am Jewish. I am the rabbi of the Synagogue on the corner.”
“Well if you’re not Santa, does that mean you don’t believe in Santa?” he asked disbelievingly.
“No, I don’t believe in Santa; however, I do believe in helping children. Even if I am not Santa maybe I can help you with something?”
“Well, even if you are not Santa, can I ask you for something?”
“Yes, of course.”
“I want to be a policeman when I grow up; can you help me?”
I looked at the boy and said; “If you always try to help people and be nice to them and you study hard, you can come back to me when you want to go to policeman school and I will try to help you.”
“Wow, Thanks so much Santa; I mean, rabbi.”
I totally forgot about our conversation until two years ago when a lanky Latino young man of twenty one showed up at my office.
“Don’t you remember me?”
I looked at him quizzically.
I said, “I’m sorry, I don’t.”
“I’m Juan Martinez; you told me nine years ago to study hard and help people and then I could become a policeman and you said you would even help me.
I took your advice and now I am applying to the Police Academy.
Can you please write me a recommendation?”
I indeed recalled the boy of nine years before.
He was now a man of twenty one and he really wanted to make something of himself.
I took the application from his hand and wrote a warm and supportive letter of recommendation. I handed him the recommendation and was happy to hear that indeed he was accepted to the Police Academy and is now a police officer with the Passaic Police Department.
I see him occasionally and we always smile and wave to each other and we share a few warm words.
I have not seen him for a while nor had I thought about what he is up to these days; that is until last night.
Last night was a very cold night.
I had to walk to the local convenience store called Quick Check to pick up a needed medical supply.
Many of the local policemen stop off there for coffee.
As I entered the store, a teenage boy immediately noticed me and said in a scoffing tone, “Hey everyone, look who’s here? It’s Rabbi Santa!”
His friends began to laugh and say things like, “Hey Santa, where’s the new IPhone X you promised me?”
While another teenager said, “Hey Santa, don’t try to hide under that black hat, we know it’s really you under there!”
I smiled and ignored their silly sayings.
Suddenly from seemingly out of nowhere a young muscular blue uniformed man appeared and went over to the teens and with a wave of his hand said, “Hey you guys cut it out! It’s because of this rabbi that I became a cop. He believed in me and pushed me to work hard and become someone. You guys better show him respect for without him I’d be stacking the shelves here at Quick Check instead of having a profession and helping out the community.”
Instantly the young boys backed off and said, “Hey sorry, mister, weez just kiddin; we don’t mean no harm.”
I looked up and before me stood Officer Martinez smartly attired with his pressed blue uniform and polished shoes.
I beamed as I said, “Thank you Officer Martinez, you are indeed a special man.”
“Rabbi”, Officer Martinez said, “Don’t worry about a thing; I got your back! I owe you my badge and I’ll never forget you!”
Between his promise and Hashem’s presence, I felt pretty safe last night as I walked out into the frigid cold of Passaic N.J.
Advertisement 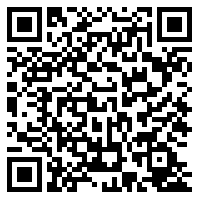