On Tuesday, Affinity Magazine, a “social justice” teen magazine, tweeted out this insanity as the world reacted to the death of college student Otto Wambier, murdered by the North Koreans for the sin of removing a poster from a wall to bring home:

Watch whiteness work. He wasn’t a “kid” or “innocent” you can’t go to another country and try to steal from them. Respect their laws https://t.co/nmpED7K2SY

Unfortunately, this hot take — a take so hot it would actually consume the sun with its own heat — wasn’t the only left-wing attempt to slam Warmbier for the brutal sin of whiteness. The Huffington Post ran a piece after Warmbier was sentenced to over a decade in jail in North Korea in which the author stated:

[M]y mother’s callous reaction to [Michael] Fay’s sentence is my reaction to another young white man who went to an Asian country and violated their laws, and learned that the shield his cis white male identity provides here in America is not teflon abroad. … I’m a black woman though. The hopeless fear Warmbier is now experiencing is my daily reality living in a country where white men like him are willfully oblivious to my suffering even as they are complicit in maintaining the power structures which ensure their supremacy at my expense. He is now an outsider at the mercy of a government unfazed by his cries for help. I get it.

Larry Wilmore ripped Warmbier as a “frat boy,” and “Frat Boy Privilege not valid in totalitarian dystopias.” Funny, Wilmore never had anything to say about his rich and famous friends visiting the gulag state of Cuba.

This sort of stupidity from the Left isn’t uncommon. It merely demonstrates that when you see the world in terms of class, color, and sexual orientation — when you are convinced that every white straight male is a victimizer — you’re more likely to excuse atrocities against such “fortunate” people.

Never mind that North Korea is filled with North Koreans tortured, imprisoned, murdered, and kept in slave-like conditions. Warmbier had it coming.

Extended to the politics of the United States, this sort of moral garbage leads to the breakdown of society. If you believe that every terrible thing that happens to a member of an out-group is justified, you’re a tribalist. Leftist politicians have spent decades pandering to such tribalism — and in response, there’s been an upsurge of tribalism from the anti-Left.

The victims, like Otto Warmbier, remain victims. But if we fail to see them as victims because we’re too concerned with the color of their skin, we become their victimizers, too. 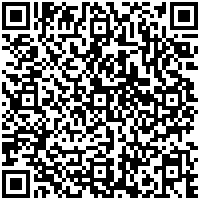