With a resurgent Putin and ascending China one wonders how the global structure that has existed since the end of the Cold War will continue to exist.  Most people view events through a lens of national interests mixed with political bravado.  These cross interests usually line up.  Due to this alignment we rarely have the disconnect we currently have in the West.  During the Cold War, anti-Soviet sentiment coincided with both the political and economic needs of the West’s establishment and everyday person.


No one in Washington or Brussels imagined a world where both Russia and China would reemerge as serious challengers to the West’s financial and geopolitical control, yet this is precisely what has happened. With Putin on the move in the Middle East and Eastern Europe and countries like the Philippines changing sides to China, the elite in the West have begun to panic. This is the cause of Hillary’s break with Obama’s policy when it comes to these new rising powers.

Goldman Sachs Speeches are Key to the Coming Confrontation

Hillary is bought and sold by the banks. Her speeches make it clear she works for them and is essentially their puppet in the White House. Like always wars are far more about economy and financial control than anything else.  True there is an element ideology or nationalism at play, but choosing confrontation rarely has to do with that.  Hillary and her backers see Russia and China as a serious threat for their continuing monopoly on global finance.

With this at play, the interests of main street and the elite diverge drastically. Most Americans don’t care about Russian moves in the Middle East or Eastern Europe.  This is why Trump’s foreign policy is attractive. However, Trump is not the President whether or not he wins may not stave off a major confrontation between the USA/EU/Britain and Russia/China.

The financials in the West see a direct confrontation now, even at risk of full-blown WW3 levels rather than a proxy war as better to make sure their control stays in tact. Putin is not waiting either and this makes the “Great Game” far more dangerous than ever. For Putin and even China they understand the West is not going to let them steam roll their new world order.

When Will This Happen?

If Tump pulls an upset and wins, look for Obama to push towards an open confrontation now.  If Hillary wins, Putin will want to move fast in order to throw her foreign policy off before she gets in office.  The war will start, but on Putin’s time-table.  Either way, the stakes are so high this next war maybe the world’s last. 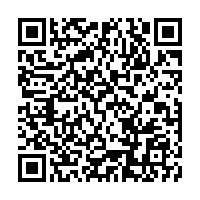