Comrades, it is time to reveal the heroic struggle we have been undertaking to allow the banned and tormented refugees from reaching European shores. It became clear that no European country was prepared to admit our “cargo” and allow us to seek opportunity in the EU, preferring that we be condemned to suffering and hardship.


The refugees and migrants in question are our cases of AHAVA cosmetics, which are banned from the EU because they are extracted from a part of the Dead Sea that technically lies outside the pre-1967 Green Line and so is deemed to be in “Palestinian” territory. Our migrants are bottles stigmatized and branded with a mark that shows they are the products of “occupation.” Unlike al-Qaeda and ISIS migrants from Syria.

It all began a month ago with a perilous midnight boat journal from a port somewhere in the Eastern Mediterranean, in an over-crowded dinghy. Through shark-infested waters we rowed and sailed, hoping our cosmetic refugees might reach safety. Passing coast guard ships from Turkey failed to identify us or stop us.

Eventually we reached the shores of one of the Greek islands, Lesbos, and sneaked ashore in the early hours before dawn. It took considerable ingenuity and more than a bit of bribery before we found a Greek lorry driver willing to help us smuggle our cosmetic migrants across the borders into Macedonia. The Macedonians frankly did not know what to make of us and did not care very much just as long as we left Macedonia as quickly as possible.

In exchange for a few bottles of AHAVA cosmetics, we found some peasant women who agreed to help us transport our suffering cargo across into Serbia. Eventually we reached the tents set up at the Serbian international border with Hungary. But the Hungarian police were too busy trying to control the crowds of Syrian and Afghan “migrants.” When they were distracted, away we crept, crossing into Hungary with almost no one taking any notice.

Days later and numerous adventures later, we finally reached the Keleti (East) Station inside Budapest, from which all the trains were departing for Austria and Germany. And so now here we wait. We are begging the world to take pity on our bottles of cosmetics and allow them to be placed on one of the few trains that are being permitted to cross the border. A special plea has been sent to Angela Merkel with the offer of providing her with a lifetime of free facial cream in exchange for refuge.

We will keep you informed! 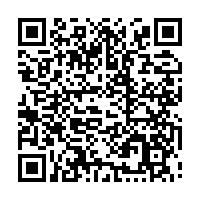