Back in 1977 when David Herman was a publisher of simplified English, French and Arabic newspapers for the Israeli school system, he received material from a teenage student named Uri Fink. Herman was so impressed by Fink’s superhero drawings and story that he immediately commissioned the raw youngster to write a comic-book story based on Herman’s invented Israeli superhero character Sabraman – the Israeli superhero with the courage of the Sabra and the faith of Abraham. The rest, as we are wont to say, is history. In no time at all young Uri produced the first Sabraman comic-book in Hebrew in 1978 followed soon after by a larger edition in English. Such was the excitement and buzz engendered that soon after, in 1979, Herman and Fink travelled to Ontario to participate and star in the Jewish Book Fair in the Willowdale Center. With sales of the comics, Sabraman T-shirts and TV appearances young Fink became a major star and Sabraman was well and truly launched on an international career. The first Sabraman adventures were soon followed by others, as well as a book containing all the first stories.

Young Uri went on to become one of Israel’s leading comic–book artists with his famous Zbang series. For his part, Herman grew older though not wiser and left publishing in favor of editing and translating, but never gave up the dream of bringing back the legendary Israeli superhero from retirement and being otherwise engaged. And now the first step in the process is underway with the production of a new animated video on the Youtube by Meira Cohen featuring Ben Reuven’s captivating Sabraman Theme Song and pictures from the original Sabraman comic books.


Eventually the plan is to bring the modest Israeli superhero onto the big screen in an exciting animated feature film to thrill and inspire a whole new generation. 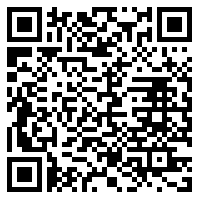