The parents of Naftali Fraenkl asked the courts to reconsider the ridiculously low penalty imposed on Syria and Iran for the kidnapping and murder of their child, a dual American Israeli citizen. Naftali was abducted and murdered along with Eyal Yifrach and Gil-Ad Sha’ar in 2014, as the three were on their way to school. Federal Judge Rosemary Collyer refused their plea, on the grounds that the Fraenkl family lives over the Green Line. Her verdict sets the compensation to $4.1m, though the plaintiffs had requested $340m, an amount comparable to awards in other, similar such lawsuits.


“The Plaintiffs took upon themselves the risks of living in a community built beyond the Green Line in Israel, and sending Naftali Fraenkel another 40 kilometers into the West Bank to a high school in Gush Etzion, 6 kilometers from the city of Hevron,” wrote Collyer in her decision.

In other words, Collyer is blaming (and punishing) the victim. Or rather, she’s not blaming and punishing the victim, but the victim’s parents. Sure Syria and Iran are bad. But he got it, Naftali, because his parents are settlers. It’s their fault he’s dead.

Now, based on her decision, one might conclude that Collyer’s thinking runs along these lines: Settlers are bad and need to be punished. Not only to have their kids killed by terrorists but to be hit in the wallet in a big way, as well.

Now in saying so, saying that it’s the Fraenkl’s own fault their teenage son was brutalized and murdered, because of where they live, Collyer is betraying a political bias. Because there is no legal consideration to be made here. The Fraenkls have broken no law living where they do, sending their child to school where they did. There is no law on the books, international or otherwise, that says Jews can’t live, build houses in, or go to school in Judea and Samaria.

Since there is no legal impediment for the Fraenkls to live where they do or for their son to attend school where he did, Collyer’s decision is not based on the law, but on her personal political bias. Perhaps Collyer has heard people speak of “illegal settlements” or call settlers an “obstacle” to peace. But there’s no legal basis backing either of these statements or concepts. These ideas are simply not founded in the law and as such are mere propaganda.

Having betrayed a political bias, it is clear that Collyer had a duty to recuse herself from this case.

In fact, the last person who should have ruled on this case was someone like Collyer who appears to believe that Jews have no right to live in their indigenous territory. The word “believe” is important here, since there is no legal basis to this idea. It’s simply Collyer’s personal prejudice.

Not that it matters, but Collyer probably thinks that Jews should live in safer places (Germany, perhaps? Poland?)

Or rather, like Helen Thomas before her, she doesn’t really give a damn where Jews live, as long as they aren’t on “Palestinian” land. (Because she’s obviously never read a bible or a history book.)

Nice to know the judiciary is so well read. And so morally upstanding.

UPDATE: The Fraenkls appealed the decision and the decision has been reversed in part and remanded back to Collyer to decide anew: (see: https://law.justia.com/cases/federal/appellate-courts/cadc/17-7100/17-7100-2018-06-08.html)

“The District Court [found] that the location of the Fraenkels’ home, Naftali’s school, and the site of the abduction indicated that Naftali and his family had “accepted the risk” of terrorist attacks. Based on these considerations, the District Court awarded solatium damages to Naftali’s family members that were lower than the amounts awarded to the plaintiffs in Gates.

“The Fraenkels claim that the District Court abused its discretion in awarding solatium damages because the court’s judgment was based on impermissible consderations and clearly erroneous findings of fact. We agree.

“For the reasons explained below, we reverse the District Court’s judgment on the solatium damages awards and remand for further consideration.” 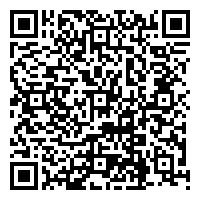