Last week the IDF removed Jewish families from two buildings they purchased in Hebron. Prime Minister Benjamin Netanyahu said at Sunday’s cabinet meeting that the people would be allowed back in once the purchases are confirmed. Netanyahu said that the moment the purchases are confirmed, families will be allowed back into the homes, “as we have done in similar cases in the past.”

If the Jewish families are allowed back in,  the Obama administration and other anti Israel governments across the world will have a canary. They will claim that Hebron is “occupied territory,” and they will be correct. Hebron is a Jewish city occupied by the Arabs.

Hebron’s occupation began on a  Friday evening in August almost 87 years ago when a group of Arab terrorists massacred the Jews of the city while the British who ruled over the Holy Land know what was happening but did not lift a finger to prevent the horrible event.

Hebron was the first piece of land ever purchased by the Jews in Israel. Approximately 38 centuries ago Avraham (Abraham) our forefather purchased a cave in Hebron to bury his beloved wife Sarah. Jews had owned land in the city from that sale until the early part of the 20th century (they were the majority of the population most of that time).

“At about half past two on Friday (August 23) we saw a young Arab arrive by motorcycle from Jerusalem. He alarmed the Arab inhabitants of Hebron, saying that the blood of thousands of Moslems in Jerusalem was being shed like water. He called to the Arabs to avenge this blood. The unrest among the Arabs of Hebron was very strong, particularly after the motor cars began to arrive from Jerusalem with news of disturbances.”

Incitement of feeling against the Jews goes on, particularly round Jerusalem and Hebron. Rumors are being spread by unknown persons that on Saturday last the Jews cursed the Moslem religion and that it is the duty of Moslems to take revenge.

Rabbi Ya’acov Slonim, head of the Sephardic Jewish community, and Rabbi Frank, head of the Ashkenazic community, turned to the Arab Governor of Hebron, Abdullah Kardos. The Governor calmed us and said: `

`There is no fear of anything happening. The British Government knows what it has to do. In the place where two soldiers are needed, it sends six.” And he added: “I tell you in confidence that they have many soldiers in the streets, in civilian clothes; these soldiers circulate among the crowds, and in the hour of need they will fulfill their duty.’‘

But that promise was never backed up with action.

On Friday night August 23rd, Rabbi Ya’acov Slonim’s son invited any fearful Jews to stay in his house. The Rabbi was highly regarded in the community, and he had a gun. Many Jews took him up on this offer, and many Jews were eventually murdered in his home.

On Saturday morning, before the slaughter began, the Rabbis again appealed to the Governor for help. Again they received the same astounding assurances. Bewildered, they turned to Mr. Cafferata, the British officer in charge of the Police. From him, too, they received assurances of safety.

As early as 8:00 a.m. on Saturday, the Jewish Sabbath, Arabs began to gather en masse. They came in mobs, armed with clubs, knives and axes. While the women and children threw stones, the men ransacked Jewish houses and destroyed Jewish property. With only a single police officer in Hebron, the Arabs entered Jewish courtyards with no opposition.

Rabbi Slonim, who had tried to shelter the Jewish population, was approached by the rioters and offered a deal. If all the Ashkenazi yeshiva students were given over to the Arabs, the rioters would spare the lives of the Sephardi community. Rabbi Slonim refused to turn over the students and was killed on the spot. In the end, 12 Sephardi Jews and 55 Ashkenazi Jews were murdered.

When the massacre finally ended, the surviving Jews resettled in Jerusalem. Some Jewish families tried to move back to Hebron, but were removed by the British authorities in 1936 at the start of the Arab revolt. In 1948, the War of Independence granted Israel statehood, but further cut the Jews off from Hebron, a city that was captured by King Abdullah’s Arab Legion and ultimately annexed to Jordan.

When Jews finally gained control of the city in 1967, a small number of massacre survivors again tried to reclaim their old houses. Then defense minister Moshe Dayan told the survivors that if they returned, they would be arrested, and that they should be patient while the government worked out a solution to get their houses back. Dayan never got around to it–I guess he was too busy giving away Jewish rights to the Temple Mount.

The  , as submitted to the High Commissioner of Palestine closes with these tragic words:

In the name of sixty-five slaughtered, fifty-eight wounded, and many orphans and widows; in the name of the remnants of the plundered and tortured we accuse:

In 1929, Hebron the first Jewish city became occupied territory. More than that the Jews of Israel and worldwide learned that they cannot rely on anyone else for protection. Something that was learned again as the Obama administration negotiated the nuclear deal with Iran.

Some 87 years later that memorial still rings true. Arab terrorists are still attacking innocent Jews in Israel. The United Nation’s and the Obama administration simply watch and most of the time blame Israel (I guess the stabbing victims are bleeding on the streets. Just like 1929 Hebron, just like 1939 Germany, just like today,  the world sits back and watches it happen.

People ask me “why can’t Israel do what the US Asks?” The answer is they can’t because in the end, Israel can never fully trust any other nation even a strong friend such as America.  Israel will/must protect herself as she deems appropriate because when push comes to shove history has taught the Jews just like 87 years ago in Hebron, just like Obama taught the Jews this past summer with the P5+1 deal…no one else will. 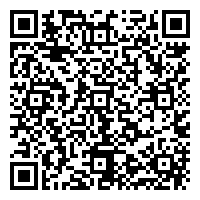