There is a famous saying, “truth is in the eyes of the beholder”.  Under the endless verbal and written attacks of organizations such as “Breaking the silence,”  “Peace Now” amongst the many various organizations which have been established in order to deligitimize, demean and spread lies about Israel, our soldiers and the Jewish residents of Yesha it is always astounding how while so much violence, destruction, murder and hate is spread throughout the world – especially the Arab world – all of this is ignored and the focus is upon Israel and the “occupation”.

The truth is there for those who are willing to see and accept it.  There are so many examples of the distortions and lies of those who hate and wish to destroy us- but this is not their agenda.  They come out and incite Arabs to riots, to violence, to lies ignoring the realities on the ground.


Take for example the continued incitement of the PA, while at the same time the terrorists who have committed horrific murders to innocent people are officially recognized as “martyrs and heroes” .

Each time of the year brings back memories – some TG happy, some heartbreaking.  Is it really a year since the brutal abduction and murder of our young boys- Ayal, Naftalie, and Gil-Ad HY”D?  Is it only last year that the entire country was under missile attack and our brave soldiers were again defending our Land and people at such a painful cost?

How can the reality and truth be ignored and instead Israel attacked, not only forcing us to fight literally the terror but also fight the lies that are accepted in the UN, in Hague, and by these organizations that I mentioned before.

While Israel , our soldiers and most of our citizens are trying to be humane, considerate of all human beings.  While we witness the self-sacrifice of our soldiers who truly try to not harm innocents even while under attack, and while the Hamas and other terror organizations use their own people as human shields- we witness the opposite from the other side.

Will we ever be able to convince those who accept these lies against Israel to cease and desist and finally to see and admit the truth?  I doubt it because it is born and developed as an excuse to hate us and try to destroy us.

We, on the other hand will continue to live as decent human beings who respect life, and will also continue to fight for our right to live safely in our eternal homeland, and at the same time will try to expose the truth to the world. 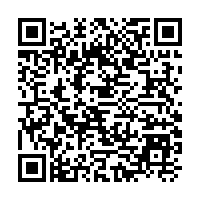