I write this in memory of my father, Lyle B. Federman, who was killed on April 21, 1998, the victim of police misconduct.

My father grew up with little to no Jewish tradition. No Shabbat. No Passover. No Menorah. No Kosher. He spent much of his life searching for an identity. He eventually discovered and embraced his Jewish heritage at an Oglala tribal meeting on the Pine Ridge Indian Reservation in South Dakota.


My father had no interest in Judaism. He strived for a belief system that was all-inclusive. Connected with nature. With a social justice mission. Those values were reinforced by his exposure to the countercultural and environmental movements of the late 60’s.

He found those values in the Native American way of life. His began his journey by providing aid for food and clothing on the poverty stricken Pine Ridge Indian Reservation. He also volunteered at the sobriety meetings to fight the rampant alcohol and drug abuse. Soon he started practicing Native American rituals like the sweat lodge (or ceremonial sauna) and learning the traditions and history.

Eventually he was called to a tribal meeting where he would be formally inducted into the Oglala Lakota tribe. At the meeting, the tribal elders asked my father what he had observed on the reservation.

“I observe two kind of Indians,” my father explained. “One with short hair, head down, drunk and ashamed of who he is; and one with long hair, head up, sober and proud of his people.” The elders nodded in approval.

But what does it mean to be proud of your heritage? Is that ethnocentric? Even supremacist? The Torah was given on a small mountain to teach one to be humble toward others. To recognize and value other peoples way of life. If that is so, then why wasn’t the Torah given on flatland? Wouldn’t that be an even greater metaphor of humility? It was given on a small mountain to teach that one should still have pride but that pride should be measured and humbled.

My father then traveled to Berkley California where he came in contact with Chabad-Lubavitch, a Jewish outreach organization. He started learning Jewish philosophy, observing the Holidays and eventually married an Orthodox woman – my mother, a direct descendant of the Ba’al Shem Tov, the founder of Hasidic Judaism. 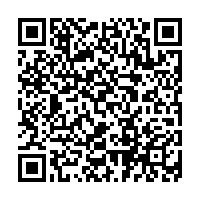