{Originally posted to the author’s website, Beyond the Great Divide}

This is designed for people who think there is no anti-Semitism in the anti-Zionist, anti-Israel movements. If you know any, ask them to take the test.

Imagine: Someone you are connected to continually posts racist memes and comments on Facebook. On his time stream are constant references to racial slurs, using words and phrases that are unacceptable in society. Viscous, vile, offensive posts that draw on awful stereotypes and link back to white supremacy websites. What would you do when you saw them? I hope, as an anti-racist, you would delete him from your friends list or at least confront them about their offensive views.

You may now begin the anti-Zionist test. When you have finished, please pass it on to your friends, or other anti-Israel protesters you know.

A few days ago, I posted the result of an investigation into antisemitism inside Palestinian activism in the UK. Since its release, I have received abuse and threats. Some of the more measured criticism has been absurdly to throw the line that ‘anti-Zionism’ is nothing to do with antisemitism. So, I have designed a test to assist in measuring the level of ‘neo-Nazi’ antisemitism ‘IN YOUR ONLINE ENVIRONMENT’.

The test starts with an easy exercise in identifying blatant antisemitism.

Do you consider any of these comments to be antisemitic?

The answer to this question is ‘all of the above’ and there is little ambiguity here. Israel’s conflict with the Palestinians has nothing to do with any of the above statements.

If you have been answering no to the examples above, then you hold blatant antisemitic views and you do not have to participate any further in this anti-Zionist test.  If however you answered ‘yes’, then please continue:

Please access your Facebook account.Enter each of these words / phrases in turn into the Facebook search bar. Then, by using the left hand menu, filter each of the results to see only posts on the subject made by ‘your friends’ or ‘your friends and groups’:

Scan the results of each of these words in turn.

Your are looking for posts concerning global conspiracy, blood libel or holocaust denial. In this context, use of the word ‘Zionist’ is clearly misplaced. At this stage you can be inventive, mix words, use others connected to historical Jew hatred.

Given the research I released last week, your activeness within the anti-Israel organisations is likely to influence the results you see. The more active you are in anti-Israel activity, the more antisemitic posts you are likely to see. If you are highly active and you engage in street protest, your search request will probably be inundate you with antisemitic posts.

These are the types of images you are looking for:

These are only a handful of examples, and I found thousands of related images when doing research into people who claim they are humanitarian, pro-equality and anti-racist.  You should be highlighting any posts that imply the mossad / Jews / Israel are connected to some type of global control, conspiracy theory, blood libel or anything that is denying the holocaust. The websites these people link to hard core antisemitic websites.

These are just some of the websites that you ought to be looking for: (I am not providing hyperlinks because many of these sites are considered not safe for work). These are not ‘humanitarian’, ‘universalist’ websites who are based on sympathy for Palestinians, but rather ‘neo-Nazi’ sites that push white supremacy, Jewish control and conspiracy theories. Again, these are just some examples:

This is a simple exercise. Check your friends list and look for someone who has made this or a similar edit to his Facebook profile picture:

(Note how the Free Palestine flag takes center stage in ‘9/11 truth’ conspiracy theory). Not everyone who pushes 9/11 conspiracy theory is an antisemite, but most of the websites that support the conspiracy theories have tied it back into hard core Jewish global control. As an example, if they are using a version of this profile picture, for them anti-Zionist, is about engaging with a website that thinks Jews control America and Israel is behind both 9/11 and Charlie Hebdo.

I am quite confident that if you are engaged heavily in anti-Israel discussion, and have dealt with this test sincerely, then you are now fully aware that hard core antisemitism exists even within your own social media circle. A few final questions:

As I know how much antisemitism exists on the anti-Israel social media networks, there is clearly something ‘more acceptable’ within left wing groups about antisemitism when compared to other hatreds. Surely this has to change? You can sympathise with Palestinians, without associating with those that hate Jews. Can’t you?

Thank you for participating in this anti-Zionist test. Please pass this test on to your friends. 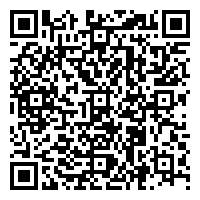