After you make aliyah from the United States, it’s hard not compare everything to what you’ve come to expect from your prior life.  Whether it’s people’s attitudes, prices, the government bureaucracy, and so many other things. As a lawyer who has studied American and Israeli law and someone who has been politically active in both the US and Israel, I compare Israeli and American constitutional law.

The first thing, of course, that jumps out is not that there is no constitution in Israel. That doesn’t in and of itself bother me. What bothers me is that the Supreme Court believes there is one and therefore acts as if it has the power of judicial review.


But after that, there is the fact that when Israeli legal authorities talk about a constitution they didn’t really mean a whole constitution, they mean only a bill of rights. That’s why it was so easy for Aharon Barak and the Supreme Court he led to rationalize giving themselves the power of judicial review. Israel, they thought, has basic laws on everything except a bill of rights. Now the Knesset has approved a basic law on “human dignity and liberty” so therefore the constitutional process has been competed and what are termed “basic laws” will automatically be considered superior law to regular laws.

That was how they glossed over the fact that only some basic laws have “entrenchment clauses,” which say make the law superior to later laws unless the later law is approved by a certain sized majority, and that when Basic Law: Human Dignity and Liberty was approved legislators were told by the Chairman of the Knesset committee on the Constitution, Law and Justice that it would not give the Supreme Court the power of judicial review.

But a constitution is much more than a bill of rights. It’s about the structure of government and how that impacts decision-making and in and of itself protects the rights of the people.

Unfortunately, it doesn’t appear much thought was put into the system of government in Israel – not the serious kind of political philosophy that when into the U.S. Constitution. Israel’s governmental structure is very simplistic. There are no districts, so elections are just one big free for all, with whoever can form a majority-coalition in the legislature forming the government. And then off to the side there is the Knesset. Of course, that doesn’t make politics simple. In fact it makes it unduly complicated, but in all the wrong ways.

While studying the evolution of judicial review in Israel, I read Emmanuel Rackman’s account of early Israeli constitutional decision-making – both in the provisional government and then in the Constituent Assembly, the body elected to adopted a constitution and which became Israel’s first Knesset. The main constitutional issues which were discussed and debated were the concept of the a written constitution and a bill of rights. No one could agree on those so it was agreed to disagree and make laws about the basics parts of government in “basic laws” which would later be used as the basis for a constitution.

In my op-ed in last Thursday’s Jerusalem Post, I wrote that the Disengagement – which involved a forcible mass transfer of thousands of a certain class (Jews) – was a result of the inability of the Israeli governmental system to protect citizens’ rights and ensure the adoption of sound policy, due to the fact that it lacks the checks and balances as they exist in the US constitutional system (as well as many others).

My conclusion was that,

Those who recognized the disengagement as the act of despotism it was ought to consider how our form of government affects the policies which are adopted and how it should be changed to ensure that a plan that pits soldiers against thousands of their countrymen is never approved again.

But against all my arguments and comparisons between the Israeli and American systems, first person to comment on the article argued that, “The grass really isn’t greener elsewhere. Here in the US, our one-time system of checks and balances has been largely destroyed, and we are on the fast track to financial ruin.”

That wasn’t the first time I’ve gotten such a response to a US-Israel constitution comparison. Once, while making the point about Israel’s judicial selection procedure (judges are chosen by a committee of nine, three are from the Supreme Court, two from the Knesset (one is an opposition member), two from the government and three from the bar association who side with the judges) and how it was inferior to the American judicial selection procedure, in which judges are more tied to the people since they are chosen by the political branches, a distinguished ivy-league educated law professor remarked about how judicial committee hearings in the Senate can be a joke, so perhaps it should not be so emulated.

That all may be true. The US system has its dirty moments. It’s the nature of democracy and politics in any system that politicians will play to the cameras and their base for popularity and in so doing make a mockery of themselves and potentially lead to bad decisions.

Nevertheless, the US system is quite remarkable and renowned around the world. It has also served the US quite well. When it was first adopted it was not even agreed that the US was to comprise a nation, but in the framer’s vision that’s what the country became.  And it stayed that way despite deep-seeded differences between the North and the South, which only turned to civil war once (which was perhaps inevitable) – and the Union – i.e. the United States as bound by the Constitution won out.

Senators who might make a show for the public over a judicial nomination dispute are doing just that – making a show. The rhetoric is just the public face for whatever  actual reasons they are voting for or against the judge, reasons which may differ from time to time, but it’s still a story as old time.

And the US may be facing a recession, maybe one day another depression, I don’t know. But something tells me – that the US will come out alright in the end. I believe it will remain the world’s foremost superpower for decades to come, if not much longer.  (One of those things that informs my opinion on this is an excellent essay, “The World America Made,” by Robert Kagan).

As for Israel – thank God, Israel has survived and done pretty well since it’s birth. But I wouldn’t thank it’s current system. Let’s face it, people here don’t vote for representatives. Party bosses and power players do. The judges choose themselves. The government controls the legislature. It’s just a no good, very bad, terrible system.

For Israel’s survival and lack of devolution into civil war or national destruction at the hands of our enemies, I would thank those who had the foresight not to let things get out of hand – such as Menachem Begin, when he did not allow the Irgun to retaliate for the Saison or the Altalena, who ensured that Israel would have a democracy instead of a one-party dominated system, and whose victory stopped the two-state solution from being implemented (Labor had by that point endorsed withdrawal from all disputed territories).

More generally the culprit of our prosperity is the ingenuity and persistence of the Jewish people, that, and by God’s grace do we go on. Those things will keep Israel around despite whatever terrible decisions are wrought by it’s current governing system. Not that anyone should rely on that – bad things do happen when the citizenry is apathetic, regardless of divine preference (recall the joke about the Rabbi praying for God to save him, but every time someone comes a long to rescue him he says he would rather wait for God to do it) or our national qualities.

Making these comparisons is not to simply to complain and let out frustration, or to put the US on a pedestal (though denying American strength, success and generosity is just being intellectually dishonest) or conjure up fear that if we don’t change things the state will be destroyed some time soon (the direction that many Israel-related political arguments take).

When it comes to our national prosperity, we should never shy from imagining the ideal and advocating for its realization.  And while we’ve done relatively amazing compared to the odds stacked against us, life in Israel and Israeli policy making is still far from ideal. If we can prosper even with this system and in our geopolitical situation, imagine how much better we could do with a system of government that could properly reflect and channel our exceptional national ingenuity and will. 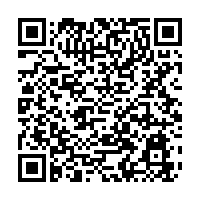