I am angry. And I am sad. I never thought I would see the day when the Orthodox Jewish community was so divided.


Growing up, I had always thought that Orthodox Jews – no matter how different we were in terms of Hashkafos, customs, and lifestyles –  were nevertheless united where it counts. Our observance of the Torah.

I was disabused of that notion rather early in life. As sophomore in Telshe Yeshiva High School I had confided in one of their senior Beis HaMedrash students  that I was going to transfer to Skokie Yeshiva (HTC) next year. He told me that it would be better to go to a public high school. Although I later found that not everyone on the right felt that way, it was obviously a relatively common approach by some on the right. Anything to their left had no merit and should be rejected as dangerous to one’s Yiddishkeit.

Even as I was dismayed (and still am) that our differences stifled the unity we could have had, I at least gave credit to the right for being united. Even though the Yeshiva world differed from the Chasidic world in many respects, they seemed to be united as authentic Torah Jews. In fact the Yeshiva world seemed to be going in the direction of the Chasidic world in may ways – moving ever closer to their isolationist way of life. And increasingly seeing their rabbinic leadership much the same way Chasidim see their Chasidic Rebbes.

As such the Yeshiva world had become a community of almost clone-like uniformity. But I was disabused of that notion pretty quickly too. A disagreement about how Israeli students should respond to their government’s draft registration requirements caused a major factional rift in Israel.(Which was paralleled in the US).  There was a lot of name calling by Israeli rabbinic leadership and even occasional violence by a few student constituents!

But nothing prepared me for what is happening today. The pandemic has divided the right wing Yeshiva world even more, in unprecedented ways.

Last week the Agudah filed a restraining order against New York Governor Andrew Cuomo’s pandemic restrictions. Restrictions which limited the numbers of people attending Shul in neighborhoods populated primarily by Orthodox Jews. Those restrictions affected the quality of  celebrating Yom Tov on Simchas Torah which is heavily dependent on Shul attendance. There has been a lot of discussion in those circles implying (or directly saying in some cases) that Orthodox Jews were being unfairly targeted in the form of subtle antisemitism.  A United States District Court judge denied the restraining order.

In my view, there are two problems with what Agudah did. One is that they seemed to place far more importance on Shul attendance on Simchas Torah than they did on the health and safety of their own community. Almost as though they were in denial about what was happening there.

The second problem is the implication that the governor’s motive was in any way antisemitic considering the steep rise in COVID cases. What they should have done is  recognize why they were targeted. Their communities became red zones – where the spike in COVID cases was far in excess of the rest of the city.

Antisemtism?! If I were the governor attempting to curb a spike in COVID cases I would have done the same thing, if not closed down the Shuls altogether. Instead of trying to get a restraining order against the governor they should have endorsed his restrictions. They should have made it clear that those restrictions were designed for their own safety as well as the safety of the people in adjoining neighborhoods and beyond.

Well today in what seems to be almost a flip-flop, Agudah came close to recognizing that. Although calling it a perception rather than a reality, they issued the following directive:

(W)e call on all roshei eidah to do everything in their power to ensure compliance with good health practices, including social distancing, masking and abstention from large gatherings. Peoples who have COVID-19 symptoms should stay home. The elderly and those with medical conditions must exercise special care. We are obligated (Al Pi HaTorah) to do everything possible to avoid even one occurrence of serious illness.

Personally I don’t think that goes far enough. The idea that certain Orthodox neighborhoods had a public mask burning as part of their protest against government restrictions needs to be publicly and swiftly condemned as completely counter to the values of the Torah. That it was the most religious looking Jews among us doing it – makes it a Chilul HaShem. Making it even more urgent for them to have condemned it.

Unfortunately it seems as though Agudah has taken the opposite view. They must feel that singling out religious looking Jews for public rebuke is the Chilul HaShem.

That is here in the US.

In Israel there are massive protests going on against government health restrictions – even by secular Jews. Not to be outdone – the Belzer Rebbe recently told his Chasidim to lead their lives as though there was no pandemic at all and not to worry about it. God will protect them.

Contrast that with what was said by Hagaon HaRav Yisrael Landua, the Rosh Yeshiva of Heichal Yitzchak in Jerusalem. From YWN (quoting Rav Landua):

We’re busy with a few stray policemen who were violent. The real problem is the lawlessness that leads them to violence. The entire community needs to carry out a chesbon nefesh (serious introspection).”

Regarding police violence, in my opinion, there’s an issue here of a shocking hefkeirus of the Chareidi media which incites and hurls unnecessary accusations, directly causing destruction to the Chareidi public. It’s a lack of adherence to laws, a lack of responsibility. The fact is that people are dying because of the disregard for health regulations.”

“When a policeman sees a group of people attacking him and throwing things at him – he came to close a shul according to to the law and according to daas Torah – he needs to be a malach [not to engage in violence].”

People that frequent this blog know exactly where I stand. I obviously believe that the Emes of the Torah lies with Rav Landua. What is so mind boggling is that there are rabbinic authorities that are as conversant with the Emes of the Torah as Rav Landau is and yet whose views are the polar opposite of his.

Where does Agudah actually stand? They will no doubt argue that they seeking a restraining order against Governor Cuomo does not contradict their admonition to the community on whose behalf they sought it. But I disagree. You can’t have to both ways. You can’t admit that COVID is spiking in and admonish people to  adhere to  restrictions while at the same time accusing the governor of singling them out.

Agudah wants to dance at both weddings it seems. Personally I don’t think they should be dancing at any weddings! They ought to focus on protecting the health of their community first instead of going to Shul on Yom Tov. The ‘COVID party’ is not over yet. Is Rav Landua the only right wing Rosh Yeshiva that has the courage to tell it like it is?! 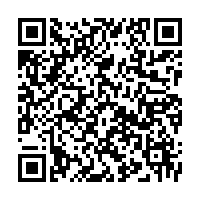