It was very nice of the President to call Israeli Prime Minister Naftali Bennet upon his ascension to office. Biden assured Bennett that the relationship between the 2 countries is as secure as ever. And that the US will continue to fully support Israel. That said I am disappointed with the people Biden has chosen to serve in high level positions at the State Department – and his silence about  antisemites in his party – like Ilhan Omar.

His choices for that office is based on his desire to even things out with Palestinians in Gaza and the West Bank – both of whom are suffering  greatly.


There is not the slightest doubt in my mind that they are sufering. No human being deserves to live the way many (most?) of them do. One would have to be made of stone not to have sympathy for these people and want to relieve their suffering. Biden is good man – a decent human being – and that is his goal. The problem is that he buys into the Palestinian narrative that it is all about  Israel’s oppressive ‘occupation’. As such his goal is to free them via a 2 state solution.

But his underlying assumption is wrong. Although to the naked eye it does seem like Israel is to blame. Israel has indeed prevented a lot of needed goods from entering Gaza. Which harms their welfare greatly. And it is no secret that Palestinians on the West Bank often suffer indignities that Israelis do not.

But all of that is due not to Israel’s inherent animosity to Palestinians. In Gaza it is due to their own leadership (Hamas) who will not rest until Israel becomes Palestine and Jew free. Their people are deprived of the basics by virtue of Hamas diverting most financial aid towards that goal. Or by their leaders pocketing much of it for their own lavish lifestyles.

That is also why Israel boycotts some of the goods they are shipped. It’s because they smuggle weapons to use against Israel – hiding it among those goods. For Israel it’s all about defending themselves against terror. Which is also the reason Palestinians on the West bank suffer their indignities. They are put though a lot of extra scrutiny because of past attacks against Israel coming from their people.

As I have said many times, Israel would have liked nothing better than to have a strong but friendly neighbor on its southern border – and would have helped them achieve prosperity if only they would have chosen that peaceful path instead of immediately attacking Israel the minute Israel gave them Gaza.

That is of course not how Palestinians characterize things. They blame all their misery on Israel as though Israel wants to do to them what they want to do to Israel. The President seems to buy into that. Which is why he is trying to be more ‘even handed’ even while expressing full support for Israel.

I was disappointed to read  Jonathan Rosenblum’s Mishpacha column last week wherein he described Biden’s policy shift. He has chosen for the State Department a number of people that have a history of hostility towards Israel. They will be high ranking officials with much influence on American policy that will directly affect Israel  From his column:

Of even greater concern — at least to those of us living in Israel — is President Biden’s appointment to senior policy-making positions of a veritable all-star team of officials hostile to Israel.

Chief among them is Assistant Secretary of State for Israel-Palestine Hady Amr, the senior State Department figure setting policy with respect to Hamas and the Israel-Palestinian conflict. Amr previously served as the national coordinator for the anti-Israel Middle East Justice Network, which has criticized Israel for “ethnic cleansing” and “apartheid.”

In 2018, Hady Amr wrote a 52-page working paper for the Brookings Institute in which he recommended a complete reordering of American policy toward Hamas, after the next outbreak of conflict between the terror group and Israel. The paper strives to legitimize Hamas…

That is only part of his problem. Read there for a lot more. There are others on Biden’s foreign policy team that also hostile to Israel.

Sadly there are a lot of American Jews that buy into this argument, too. Which helps explain the following:

…in the midst of Operation Guardian of the Walls, 90 non-Orthodox American rabbinical students took the occasion to castigate the American Jewish community for “support[ing] violent suppression of human rights and enabl[ing] apartheid in the Palestinian territories….”

And then there is Ilhan Omar’s latest lament. She tweeted the following:

Why is the President silent about this? Even some of his fellow Democrats condemned this comment! Furthermore, why fellow House Democrats allow her to serve on the foreign relations committee is beyond me.

Maybe it’s sympathy for her image as a persecuted Muslim refugee who escaped to America to find freedom – and rose to become a member of congress. Which is kind of a ‘rags to riches’story. That is what America is all about. Maybe it’s her tiny sweet innocent look all dressed up in her hijab demonstrating how pluralistic America is. But  none of that explains or excuses her extreme bias against Israel – and now the country that gave her all this.

This is why I am not all that happy with the President reaffirming America’s support for Israel. Yes, I am happy that he said that. But  what some people call support may end up being quite harmful in the end. It’s kind of like the support for Israel that J-Street has. I fear that Biden and his foreign policy team may be headed in that direction. And that worries me.

I was far happier with the last administration’s attitude. Which saw no intifada during its tenure; no rocket attacks from Gaza; Israel’s unprecedented new relationships with Arab countries; US recognition of Israel’s annexation of the Golan Heights; the US and a number of foreign countries moving their embassies  to Jerusalem; a new approach to peace with Palestinians (that some Arab countries thought should be taken seriously by Palestinians); the strongest American defense of Israel in the UN in its history; a rejection of the argument that settlements were the primary obstacle to to peace; the cancelation of the terrible Iran nuclear deal; and just a warmer, friendlier, relationship with Israel than any other administration in history.  This is not to say I miss the last President. I don’t. But I sure miss his Middle East policy. 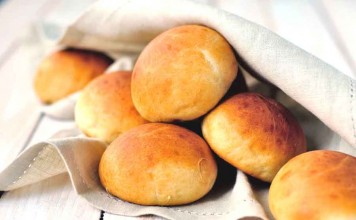 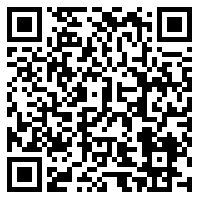