Now is the time to stand together and create hope.’ These were the words of Jewish protesters in Tel Aviv on the first day of Pesach (which was on Shabbos this year).


Expressions of hope would normally get a lot of support from me. As I have said many times, I support any reasonable path toward peace. Even one that involves painful concessions by Israel if it would end the bloodshed and result in a lasting and permanent peace, friendship and prosperity for both peoples.

I nevertheless am appalled at the cynical misuse of those words by a group of extreme secular Left wingers from my own people in Israel. People that would feel quite at home in the confines of the right wing religious extremists, Neturei Karta. At least with respect to the destruction of Israel.

The protest by these misguided Jews is based on my observation of how the Left generally views things. They were protesting Israel’s deadly response to Palestinians protesting the boycott that has created horrible living conditions for them in Gaza.

Without context – it seems like an easy call to blame an army shooting live ammunition at Gaza’s civilians protesting that. That makes it easy for antisemites like Turkey’s President Recep Tayyip Erdogan to call Netanyahu a terrorist.

But there’s a context that changes everything.

Gaza’s Hamas leadership has a sworn intent to destroy Israel. That is a religious imperative for fundamentalist Islamists. Israel has no choice but to defend itself against large groups of Israel hating protesters from a people that has demonstrated it willingness to kill and maim innocent Israelis; their own innocents; and even martyr themselves for the cause. A breach of Israel’s border by a group like this surely qualifies as a threat to innocent Israelis who rely on protection from its security forces.

That Gaza’s resident Palestinians suffer so terribly and blame Israel for it puts Israeli citizens at risk for violence and bloodshed by these protesters. Could Israel have handled it differently? I don’t know. But I am not in a position to second guess the security decisions of Israel’s military and civilian leadership. Unlike Erdogan, I do not believe any of Israel’s leaders are terrorists.

I will however admit that the optics are bad. Viewing this event out of context does make Israel seem trigger happy. But it is imperative to look at the historical context of this situation and see who is really to blame for the very real suffering of Palestinians living in Gaza.

There has never been a moment where the Hamas leadership in Gaza has sought peace with Israel. Hamas is an Islamic fundamentalist group that believes that the existence of Israel is a blot on Islam that must be eradicated by any means necessary.

Their perspective is that the land that the Jews now occupy was taken illegally by force from the indigenous Muslim Arabs that lived there for generations in peace as its sole legitimate possessors. It is therefore their sacred duty to repossess it from the illegitimate European Jewish colonialists that took away that land.

They are committed to that goal at all cost – willing to sacrifice not only themselves but their own children – which they have used as human shields for the sole purpose of blaming the Israeli aggressors for killing their children indiscriminately. A narrative they have been successful at promoting. A narrative which is of course a huge lie. Israelis have no intention of killing young innocent children. Fundamentalists using them for shields are the ones to blame.

Gaza leaders have spared no blood and treasure towards their religious goal of taking back the entire land of Israel. Every dollar needed to achieve that goal is spent on it, regardless of where it came from or what it was intended for. Money is spent on things like ‘terror tunnels’ so that devout Palestinian Jihadists could cross into Israel undetected so that they could terrorize, kill and maim as many innocent Jews as they could to the point of martyring themselves if necessary.

It is also no secret that fundamentalist terror supporting regimes like Iran who see Israel the same way as Hamas does – has been supplying them with all manner of weaponry to do the same. Which thus far seems to have given them an endless supply of rockets to fire indiscriminately into civilian Israeli populations. The Jihad from Gaza has been going on from the moment Israel withdrew from it – allowing Palestinians to have complete self rule there.

Israel was hoping that the Palestinian leadership would focus on building up Gaza as a shining example of what a future Palestinian state would look like. But instead of doing that they turned their entire focus on destroying Israel – leaving Gaza to deteriorate into the huge mess it is in now. Living conditions for their people are horrible. And that’s putting it mildly. By taking a Jihadist approach against Israel they have shortchanged their own people. They see Palestinians suffering as a necessary price to pay for their religious goal of getting the land of Israel back. And it is a plus for them to get the world to blame Israel for their suffering.

Once Israel saw what they Gaza’s leadership did with all the money and raw materials they received from other countries that wanted to help them, they were forced to blockade all deliveries so that weapons smuggled into Gaza from terrorist Islamist fundamentalist states like Iran for the sole purpose of attacking Israel would be thwarted. This is why Gazans are suffering. Needed supplies of food and medicine that should have been delivered to them have been prevented from getting there by a boycott Israel and Egypt needed to apply for purposes of defending their own people from deadly attacks.

That is the context. But it isn’t too hard for Palestinian leadership to blame Israel for their suffering. After all Israel is the one preventing needed supplies from their people getting them. What about Egypt? They are not Jews occupying their land. Israelis are. So they get the full blame.

Those participating in the protest see Israel boycotting their needed supplies. Some of them are Palestinian fundamentalist predisposed to the cause of ousting the Jews from their land. Those that are not fundamentalists have also been convinced to blame Israel rather than their own leaders for their strife. Even Leftists Jews refuse to recognize the real culprits here.

The reality is that when Israel gave the Palestinians Gaza, they had every reason to see it thrive. Had they decided to build up their country instead of focusing all of the resources on destroying Israel, Israel would no doubt have helped them achieve that goal. Had Gaza’s leadership turned to their Jewish neighbors for help, Israel would surely have done that. Israel wants peace with her neighbors. They have no interest in fighting continual wars.

The protesters in Gaza either don’t realize that or worse – consider the greater goal of getting back the entire land of Israel worth dying for. In the process they get sympathy from a world that refuses to recognize the realities of context. The message is that Israel just wants to make Palestinians suffer.

It is imperative to understand these underlying facts before judging Israel’s defense tactics. They should realize where the real blame should be placed for deaths of 16 Palestinian protesters. It is their own leadership. They are directly responsible for the horrible conditions in which they live right now. And they are the ones that should be protested. If the rest of the world watching this would be honest they too would doing that too. 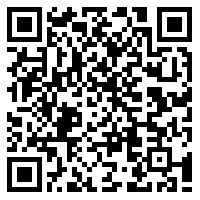