The more I observe what is going on in the Modern Orthodox world, the less confident I am about its future as a single cohesive right to left unit. This was my reaction again to a New York Jewish Week article based on a recent survey.

There is a schism between right and left that seems to be increasingly unbridgeable.  The Liberal Orthodoxy of the left (what used to be called ‘Open Orthodoxy’) is motivated more by external concerns than they are by internal ones.

The external concerns of the left have little resemblance if any to the faith of their forefathers. I am beginning to question my assumptions about their core beliefs and commitment to Halacha. Shocking as though this may seem, the aforementioned recent survey seems to bear out my worst fears:

An analysis of observance found that 39 percent of respondents reported becoming more observant over the last decade, while 23 percent of respondents reported becoming less so, pointing towards a “net rightward shift” of 16 percent… Those who reported decreasing levels of observance came exclusively from Orthodoxy’s more liberal camps, the self-identified “liberal” and “open” Orthodox. (emphasis added). Those in more conservative camps — self-identified as “right centrist,” “centrist” and “modern” Orthodox — all reported increasing levels of observance. Liberal segments of the community also reported a much higher percentage of their children becoming less observant.

Now it’s true that this was an ‘opt in’ survey – which might reduce the reliability of the results. But I don’t think these numbers can be easily dismissed:

Steven M. Cohen, research professor of Jewish Social policy at HUC-JIR and a member of the study’s advisory panel, said the survey’s “polarization hypothesis” — that the left is moving further left and the right further right — mirrors a broader sociological trend within other American religious groups.

The obvious question is why do committed Liberal Orthodox Jews have more of a propensity to be less observant? I believe it is because they almost always see values other than those of the Torah overriding traditional Torah based ones – whenever they conflict.

This has been demonstrated in a variety of ways. But mostly it has come in the challenge of egalitarianism. This is the issue where the schism is most serious. Egalitarianism is a value that motivates much of Liberal Orthodoxy. It has even caused one Liberal Orthodox woman to seek an ordination by the Reform Movement. A movement that was founded on the principle of rejecting all ritual as archaic and unnecessary. (Although they have back pedaled a bit on this, they still maintain that it isn’t necessary – albeit a nice thing to do as an expression of one’s Judaism.)

Then there is the political correctness of  Liberal Orthodox rabbis like Shmuley Yanklowitz who recently posted the following on his Facebook page:

Please, please no more G-d as “He.” Is it not spiritually-violent to assume the Perfect Being is male (or even to say G-d does not have a gender but we’re committed to male language)?  Mary Daly said it well: “As long as God is male, the male is God.” #BreakPatriarchy

Right below that in response to a comment about referencing God in Hebrew he said the following:

we should avoid using pronouns in Hebrew when talking about G-d… (Although he concedes that altering the liturgy is a problem he seems to be working on a solution to that.)

If this doesn’t show Liberal Orthodoxy’s priorities, I don’t know what does.

I recently had a conversation with a highly educated and accomplished Charedi woman about this subject. She is not someone that simply bends to a religious worldview without thinking. Nor does she feel that inequality of women with men interferes with her fulfillment in serving God as traditionally interpreted.

She is proud of her role as a Jew. Reveling in the performance of tasks God has provided for her as a woman. She believes that women who feel short changed in an egalitarian way do not understand or appreciate their roles as women in Judaism. That is why they seek change.

Judaism is not egalitarian. Men and women are not the same – not matter how much the culture says they are. God has different roles for each of the sexes and we ought to be striving to fulfill our roles instead of questioning how egalitarian they are.

Those women that want to serve God and the Jewish community in their own way (by becoming rabbis for example) are seeking a role that the sages and leading rabbis of each generation have told us is not the role God prefers. At best striving for an egalitarian role in Judaism is secondary. No matter how much they want to be in that role.

Even if it were permissible Halachicly (which at best is a controversial stance), why not instead strive to fulfill the role God prefers in the best way we can rather seeking personal fulfillment in ways that are secondary? Is it not a bit self indulgent to serve God and Judaism in based on personal feelings about values that are external?  Is personal fulfillment  as a Jew so important that striving to understand what God wants from us in our role as a man or woman – becomes secondary?

Seeking external ways of self fulfillment as a Jew is the province of Liberal Orthodoxy and – in my view might help to explain why Liberal Jews are more inclined to decrease their level of observance than Centrist Jews. When self fulfillment becomes the focus, doesn’t God by default takes second place?

As noted the Centrist faction of Modern Orthodoxy is going in the opposite direction and increasing their level of observance. This does not mean Centrists are becoming Charedi. Far from it. But it does mean that Centrist values are more in line with Charedi values than they are with Liberal Orthodox values.  If the above mentioned statistics mean anything, Modern Orthodoxy only has a future in Centrism. Not Liberal Orthodoxy.

How does a Centrist woman view her role? I know she hates labels, but Alexandra Fleksher describes beautifully how she felt about her role as a woman this past Simchas Torah. I believe her views about women in Judaism essentially reflect a Centrist perspective. She sees fulfillment in her role as a woman in traditional ways without the need or desire to resort  to the externals of egalitarianism. I only wish more people would do that. Because as it stands now, Liberal Orthodoxy will be all alone – and will eventually  have little if anything to do with the Orthodoxy  they seek to be a part of. 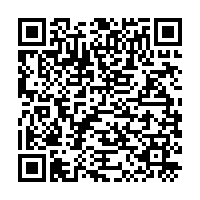