Which political philosophy is closest to Judaism, liberal or conservative? I have always maintained that Judaism is not an exact match with either. Although I do believe that since conservative values are more biblically oriented, it tilts the scale more to the political right.
As I have said in the past this helps to explain why so many Orthodox Jews supported former President Trump. The short version of which is that the conservative polices he implemented favored religious values – even though he was personally the opposite of those values. Orthodox Jews will say they vote for policies. Not people.

The counter to that is you cannot separate the man from his policies. The former President is not an ideologue and there is no guarantee that in the future he won’t implement policies that work against those values – if it suits his purposes.


I am not here to support or condemn the former President. Just wanted to make an observation about why I believe conservative values more closely resemble what most Orthodox Jews believe are the values of the Torah.

It is with this in mind that I present Rabbi Micha Berger’s thoughts on the subject. (Originally posted to his email list ‘Avodah’).

R’ Micha is one of the most brilliant people I know. I say this in spite his oft-mentioned criticism of my blog. Needless to say, I do not agree with him about that. But that does not diminish my respect for his views and his intelligence. His thoughts on this subject deserve serious consideration.

As a seeker of truth, I present them here with some slight editing (at his personal suggestion). He made these comments in response to a question on the subject – asked by a fellow Avodah member. R’Micha said the following:

No answers, just thoughts for others to work with/critique.

I often say that Orthodox Jews today are caught without a spot on the spectrum, at least how the spectrum lines up in the US.

Liberalism has come to embrace post-modernism, in which there is really no objective truth. (True post-modernists would say that even science is a construct; I don’t think the popularist version has gotten that far outside liberal arts departments on campus.) Just his truth vs her truth, my truth and your truth.

And when one lacks belief in objective values, there ends up being one thing that gets treated as an objective value: maximizing autonomy. Letting people find their own meaning and pursue their own values. As long as that doesn’t involve stepping on others’ attempt to do the same — that wouldn’t be maximizing.

Meanwhile, the western conservative is drawing from Christian values. (Assuming one is willing to include the Prosperity Gospel in that umbrella.) They have objective values, but there is really no Judeo-Christian ethic, no shared belief in what those values look like. We don’t even frame them in the same terms.

Can a religious Christian relate to the very idea of a religious law? That such details can make or break the appropriateness of an action?

As for social welfare, what speaks of social justice more than using the biblical source of Tzedek Tzedek Tirdof for Tzedaka – charity?

As for individual rights… Kol Yisrael Areivim Zeh Bazeh (all Jews are responsible for one another) stands in distinct opposition to ‘live and let live’. Halakhah demands heteronomy. Not autonomy. Our morals are defined by a force outside of the individual. Most of us defer to Poskim.

We’re just not in any one place on an axis made for a different culture.

I cannot think of any mention in Halacha about conscious attempts to balance the workforce with diversity initiatives and affirmative action. There is fostering of diversity in a set-up that tried (until Sancheirev and the ten lost tribes) to insure there be 12 distinct ways of being Jewish. But aniyei irekha qodmin would mean your family, sheivet (tribe), or friends and neighbors are supposed to get first attention — not fostering diversity.

R’ Shamshon Raphael Hirsch’s explains what it means to be a Mamleches Kohanim – a kingdom of priests. But that doesn’t line up with everything non Orthodox Jews might term “Tikun Olam”. 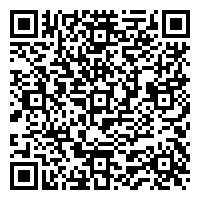