One of the great conundrums of life for me is, Why Judaism? What is it about my Emunah – my faith that makes me so committed to it? It might surprise people to know that like others who ask serious question about their faith and end up leaving it, I too have questions. And like many of them, I too have not found satisfactory answers to them all.  And yet I remain true to my faith.
Lest anyone accuse me of heresy for even asking those questions, let me assure you that I am not alone. Nor am I alone on retaining my faith in spite of asking them. I have simply learned to live with them.

In an interview I saw online, no less a religious giant than the late Rabbi Dr. Abraham J. Twerski had a similar response when he was asked whether he had any doubts. He admitted that he did. But he too learned to live with them and remained a devoutly religious Jew. He explained that when he saw the pictures of his father and grandfathers on the walls of his house he felt that they were so much wiser and greater than he – and yet they were filled with complete Emunah. Who was he to do otherwise?


I think what he may have meant is that he trusted the faith of his fathers who in essence trusted their fathers – in a chain going back to Sinai. Why did he not go OTD? Because deep down he intuitively had faith in the long chain of believing forefathers.

Even more amazingly, I read an article about the Toldos Aharon Rebbe of Meah Shearim. That is an individual with whom I have many serous differences. And yet share with him one very important thing. That faith begins where the intellect ends.

He was asked about the tragedies experienced by all of Jewry in a series of events, that included a high rate of death among observant Jews due to COVID; and the many tragedies that befell obervant Jewry over the past year. The most relevant to him being the tragic deaths of so many of his Chasidim in Meron on Lag B’omer. His intellect failed him and he too had no answers. He therefore relied on his pure faith to carry him forward.

Why do so many of us remain with our faith despite difficult questions and doubts while so many others do not? This subject was touched upon by Rabbi Chaim Steinmetz in a Jewish Link article which asked the question, How Do I Convince My Child to Be a Jew?

That was a question asked of the late Lord Rabbi Jonathan Sacks by the mother of a young man who was dating a non Jewish woman. His mother was worried about her grandchildren not being raised Jewish which is what her son had confirmed to her.

That  generated an entire book on the subject, but as Rabbi Steinmetz  notes, it didn’t really answer the question. At least not for him.

That got me to thinking about what moves me to be Jewish.

I have expressed my views about my beliefs many times. Put simply there are a variety of reasons mostly having to do with intellect and intuition. It is not any one thing, which by itself may be refutable. It is all of them in combination that leads to my intuitive Emunah. I am not going to into detail here which is beyond the scope of this post.

The focus here is not how I remain with my Emunah intact despite those questions and doubt. But in why I look beyond that.

Like Rabbi Twersky, I look to my father who surely had greater questions than I. He was a Holocaust survivor that went through unimaginable hell. If anyone had the right to ask questions and lose their faith it was him. Many of his fellow survivors actually did in fact lose their faith. Why didn’t he?

He believed in his heritage intuitively. Much the same as Rabbi Twerski. There were no questions that could disuade him from his pure beliefs. That intuition was passed on to me.

But it’s even more than that. It is about the values we cherish. It is about appreciating a way of life that has served the Jewish people for many centuries. Even though Judaism has evolved over time, there is a continuous thread of belief and practice that reinforces my intuition about the truth of my beliefs. As does the massive amount of literature (e.g. the Talmud, its commentaries; compilers of the law, and its commentaries; and various treatises on Jewish ethics, philosophy and Mussar).  All of which has been preserved over the centuries and speaks the language of that same truth. It is about the continuity of our people. A people with a Godly heritage.

Living my life as I do thus adds meaning to my life… the sense of continuity… an inner sense of peace to know that my time here on earth is not the full extent of my existence… that trying to live my life the way my Creator wants me to will give me a future beyond the temporal one.

Living a uniquely Jewish life thus gives me an inner sense of peace and contentment… a sense of pride in my people – and pride of purpose to live the way I do. Identifying with – and looking up to all  the great people that preceded me, including my own parents whom I can best honor posthumously through my observance.

I realize that this is a bit of a ramble. I have surely not covered all the bases. And I am not trying to necessarily convert anyone to my way of thinking. My purpose here is not to convince those that have gone OTD to return to the faith of their fathers (Although I can’t deny that I believe they should since I believe it is the truth about our existence and will give them a more meaningful life). My purpose here was to simply write down my thoughts on the subject and hope that those who read them will understand that – despite my having unanswered questions why I am a Jew.

Warning: Despite the subject matter of this post, this blog assumes the truth of Judaism. As always – any attempt to deny that truth in the comments section is off limits. I would appreciate honoring that rule. Thank you
{Reposted from the author’s blog} 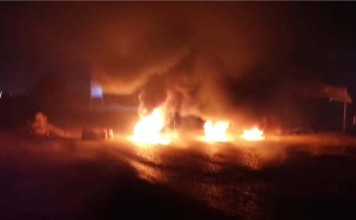 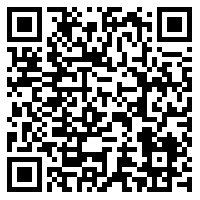