In the changing cultural climate of our time – it’s hard to know if one is actually a racist. It is also becoming more acceptable to be an antisemite.


There was a time not all that long ago where it was relatively simple to define racism and to reject antisemitism in all its forms. But these days these issues have become blurred.

The catalyst for all this was when a black man by the name of George Floyd was killed by Derek Chuavin, a Minneapolis cop who restrained him with reckless indifference to his life. That was followed by slew of similar incidents… all of which ‘woke’ up America and generated the BLM (Black Lives Matter) movement.

This changed how we are now supposed to think of ourselves on issues of racism. No longer are we to consider ourselves not racist just because we harbor no prejudice against black people. That isn’t woke enough.

I use the term ‘woke’ deliberately. And not in a positive sense. Not being ‘woke’ – means  not having been awakened enough to the ‘truth’ about racism in this country. What  happened to George Floyd should have awakened people to that reality.

Some academics and BLM leaders assert that racism is systemic in America. Using Floyd’s death at the hands of a white cop as the ultimate result of that. You can no longer say you are not racist and go on with your life. If you want to prove you are not racist you have to do something to end the systemic racism they say exists in this country. This is where BLM comes in.

That attitude has generated one of the most serious challenges this country has faced in modern times. Assumptions about the values and morality of American icons are now being questioned. Instead of seeing the founding fathers as great people whose ideals formed the ethos of our country, they are seen as racist white exploiters of black people. Columbus has been placed in that category too.

Some activists are demanding that statues of American icons be taken down. They are demanding that history text books be rewritten to tell the ‘truth’ about Washington and Jefferson as racist slaveholders. And about how this country was built on the backs of black slaves. They claim that American greatness has been perpetuated by lying about its racist history and denying the ‘obvious’ racism that still exists at all levels.

Much of the BLM narrative is about  how ‘white privilege’ has given white people an unfair advantages over black people in all walks of American life. To be ‘woke’ is to finally realize that. Those that question it remain racist even if they don’t realize it. Nor does it help matters with books like ‘White Fragility’ become best sellers. This book asserts that all white people are racist at the core whether they realize it or not.

BLM could have been a unifying movement… uniting all people to protest the soft bigotry that leads some cops (like Derek Chuavin) to treat black suspects as less than human. To deny that is to deny reality. But those indulging in the above narrative have alienated many good people that would otherwise join with them. Sadly there are nevertheless a lot of good white people that participate at BLM protests without realizing just how radical many BLM spokespeople are.

How does antisemitism fit into all this? Unfortunately antisemitism is becoming acceptable as part of the ‘woke’ culture. As Jonathon Tobin notes in a JNS column:

…a better example (of how acceptable antisemitism has become) can’t be found than the 2021 Grammy Awards program, which solidly aligned the music industry with woke politics. But the Grammys did something else this year. The program put its seal of approval on Tamika Mallory: a notorious anti-Semite and supporter of hatemonger Louis Farrakhan.

That was just the latest example of how support for the BLM movement leads inexorably to a permission slip for anti-Semitism. But the question to ask about this incident is not why the music industry is treating Mallory as not only a legitimate spokeswoman for the African-American community but as someone with the moral authority to scold the nation from the bully pulpit of a music awards show.

While I think Tobin’s column was a little over the top, his point is nevertheless valid. Antisemitism is now acceptable in the context of racism as currently defined by people like Mallory. She may not have said anything antisemitic at the Grammy Awards program. But she has made antisemitic comments in the past and aligns with people like Louis Farrakhan (whom she has praised as one of the greatest people of all time). When people like this are given unquestioned moral authority to speak on behalf of black people on issues that should matter to all of us, it speaks volumes about how far the culture has shifted from normal to radical… making some forms of antisemitism acceptable.

If we want to return to any sense of normalcy with respect to the racism that actually exists, we need to reject the Tamika Mallorys of the world. Not give her a platform that legitimizes her antisemitic views. We need to call antisemtism out in all its forms when we see it. Because replacing racism with antisemitism is a prescription for disaster. 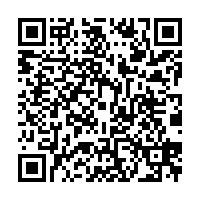