I just gotta say that blaming Trump for the increased number of COVID patients is proving to be just as false as I said it was from the very beginning.


He hasn’t done enough?! Sure. We can all do a ‘woulda, coulda, shoulda’ and dump the blame entirely on the President. Which the media is more than happy to do daily. Not to mention all Democrats and Never-Trumpers. It should therefore be no surprise that the public feels that way about him too.

When the airwaves are saturated with that message – and anyone paying the slightest bit of attention knows that we are now seeing more cases of COVID then ever before – with dire predictions by health officials that ‘We ain’t seen nothin yet’, the man at the top is understandably going to be blamed.

But does Trump actually deserve that blame? The facts say otherwise. What facts? The facts being reported by the anti-Trump mainstream media themselves. Although never relating those exculpatory facts to Trump.

Here are the facts. There has been an unprecedented spike of COVID cases all over the world. Mostly in Europe. Which accounts for more than half the cases of COVID worldwide.

Europe! You know… the continent that hates Trump more than the mainstream American media in this country does. (And that’s being kind.) The leaders of Europe have been championed here by the left, the media, and all the Never-Trumpers for doing what Trump refused to do. Which is to take the pandemic more seriously, issue strict guidelines, and behave in a manner that reflected it. Which is what many European leaders did. In some European countries, fines or worse were the consequences if those restrictions were violated.

A lot of good that has done!

One might ask, Why has the serious nature most European leaders had and the guidelines that generated – not worked? The answer is the same now as it was when I first gave it. The plain fact is that too many people just don’t care what their leaders say. They do what they want.

This means that they refuse to take the COVID virus seriously – if they believe it exists at all.  That is because the ‘enemy’ (the virus) is invisible. Most people don’t get infected by it. Life goes on. People are walking around maskless to no apparent ill effects. Many will erroneously conclude that the whole thing is a hoax.

And even among those that do believe it is real, they don’t believe they are going to get it. Or if they do they will one of the majority of cases that do not get symptoms. Or that even if they do get symptoms, they won’t be serious. Worst case scenario – they will recover and get on with their lives. That is why so many people (especially young adults) are congregating indoors, reveling in bars and eating in restaurants without masks or social distancing. In some cases, people are hosting groups of people (e.g. maskless extended family and friends) in their own homes.

This attitude also explains the massive protests going on in France right now in opposition to President Macron’s new lockdown order in his renewed attempt to reduce those numbers. They do not want to lose their businesses or income again.

Of course, no matter how obvious it is that the increased number of COVID cases in the US is not Trump’s fault – it will nonetheless fall on deaf ears in many cases. The left, the Never-Trumpers, and the media will continue to point to all of the things Trump said or did wrong – or did not do that he should have – and ask with incredulity, “How can anyone say it is not his fault?!”

My answer is simple. Unless you think all the Europeans responsible for the massive COVID numbers are MAGA people – the facts speak for themselves.

I will therefore repeat what I have been continuously been saying. It wouldn’t matter who the President is – or what he says or does. There would be no difference in the number of cases.

I think that deep down the media, the left, and the Never-Trumpers know that. Or at least they should. But they are nonetheless capitalizing on the unprecedented number of COVID cases – using it to show just how inept the President has been.

I firmly believe that Biden’s promises that he will do better in this regard is a promise that he will be unable to keep. No matter what he tries to do that is different from his predecessor.

Finally, to once again be absolutely clear about my motives here –  none of what I have just said should be taken as an endorsement of the President’s re-election. That is far from the case. I am neither a MAGA person nor a Never-Trumper. Just someone who likes to tell the truth. A truth that should be obvious to everyone – but will, unfortunately, be hidden to some by personal biases. 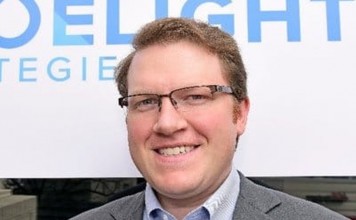