I am often accused of focusing on the negative rather than the positive about the vast majority of observant Jewry. There are in fact a lot of good things the Torah world does. Much of it a Kiddush HaShem. We are indeed a light unto the nations in so many ways.

Just consider a Gallop survey that indicated religious Jews generally lead happier more fulfilling lives than secular people or people of other religions.  Consider the fact that family values define us; that our divorce rate is lower (although climbing); that we are usually considered more ethical and honest because of our beliefs – as was indicated by interviewing people about why Joseph Lieberman, an observant Jew, was considered a plus for the Gore ticket. And even our food is sought after. More non Jews buy Kosher certified foods than Jews!


There are also many individual cases where an visibly religious Jew will make a Kiddush HaShem as did a couple of people I wrote about a recently. There are many more instances of observant Jews making a Kiddush HaShem.

There is a reason that Judaism is the most admired religion. It isn’t because of the identifiably observant miscreants that are so often depicted in the media who often end up in prison – mostly deserving of it. And we have a lot of them, unfortunately.

The observant prison population not only exists, it is apparently big enough to a have Sefer (Halachic book) published for it.  It is  called Asurei  HaMelech by Rav Mordechai Agasi of Boro Park. I kid you not. From the Seforim blog:

(This) is a large two volume set, and the first half of volume one deals with the halakhot relevant to one who is serving time in prison (or as I told a friend, “the halakhot of being in jail”). The rest of the book contains words of inspiration, stories, prayers, etc. all of importance for the prisoner. As the author explains in his introduction, the book is needed because of the increase of haredim in the prisons.

If this is not a Chilul HaShem, I don’t know what is. Not the Sefer.  But that there is a need for one.

This is why I publicly condemn these people for what they did… and will continue to do so every time I see it!  Just as their acts in most cases were a Chilul HaShem, so too must there be an observant public voice saying so. And certainly not any voices trying to deny it; minimize it; or explain it away entirely. Or in some cases actually trying to justify it!

It is imperative to inform the world that despite the fact that these people are outwardly religious, that they do not act in accordance with the values of the Torah.  Just like a Kiddush HaShem should be made public, so too should the condemnation of a Chilul HaShem by bad or misguided Jews – especially those who are so overtly religious – be made public.

What is perhaps even sadder about this story is that this book apparently deals with rituals, inspiration, and prayers. It apparently does not address the reasons so many religious people are increasingly ending up in prison. It does not seem to address the any of crimes. It just deals with what to do once you are in prison. It is almost as if the author thinks that these religious convicts are innocent victims of an anti Semitic government.  That they have somehow been unjustly imprisoned.

I am truly disappointed that such a Sefer was written. Not because I don’t want Jewish criminals to be as observant as possible. I do. But because it is an admission that so many of us have truly gone astray to the point of thinking we can break the law as long as we don’t get caught. And if we do, Nebech, it’s not our fault. Here’s a book that will tell you how to stay Frum. 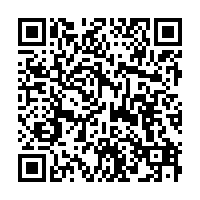