Every step forward seems to require two steps back. Changing how the Charedi world educates their children is not an easy task. I only hope that it is not an impossible task.

Some may remember a post I did a while back on the Mesifta of Bet Shemesh – a new Yeshiva high school that opened up in Ramat Bet Shemesh.  It operates in the style of many American Charedi Yeshiva high schools. Like Telshe and Chofetz Chaim for example. I thought at the time that this was a step in the right direction and I still do. But I also knew that the hard core Charedi world did not consider it their educational paradigm for the future. Nevertheless I believed that this model would catch on in increasing numbers at a grass roots level as time went on in sort of a silent revolution. Unfortunately it hasn’t. Yet.


What has happened instead is that there is more push-back than ever by the right against such schools. One has to look no further than how they react to the slightest suggestion by the government to require a core Limudei Chol (secular studies) curriculum.  They are apoplectic at the mere mention of it.The government’s insistence on a core curriculum is considered an attack against the Torah.  At least for boys. For girls… well that’s another story. They can study secular subjects in school. Which makes girls far more educated than their male counter parts in every area except Gemarah, Rishonim, Achroinim and Halacha.

There are some Charedim who ‘buck the system’. They send their children to a school like Maarava, a Chofetz Chaim type Yeshiva high school in Israel that offers a curriculum that prepares their students for Bagrut. Those are comprehensive exams given at the end of 12th grade much like New York City’s Regents exam.

Even though schools like Marava are filled to capacity the demand for schools like this is no where near what it should be. Or else there wold be a lot more schools like them. Which is sad since many American Charedim who make Aliyah would (in their heart of hearts) like to see some secular basic studies taught in their schools.

But the peer pressure to conform to the mainstream Charedi model of zero Limudei Chol in high school is enormous. Most Charedim who do not want to be considered second class citizens opt for that mainstream model. They rationalize that the typical secular subjects taught in high school are not at all necessary in order to function in life – especially in the Charedi world. They are fooling themselves though. All one has to do is watch that poverty video by Hamodia presented at the Agudah Convention about the dire circumstance of Charedim. This is a poverty that would certainly be alleviated by a better education.

The Mesivta of Bet Shemesh is a Yeshiva high school much like Marava. They are doing quite well with those parents who are willing to sacrifice a bit of their social standing among their Charedi peers so that their children can get a decent education.

The level of Torah study is very high. They study Gemarah and other Limudei Kodesh for 7 hours a day plus Teffilos (morning, afternoon, and evening prayer services). Just like Marava, they offer a curriculum that includes Bagrut. And yet if you listen to all the screaming by the right – insisting on a school curriculum modeled on this is considered anti Torah. That is truly incredible.

Indicative of the long road ahead for change is what happened to them recently. To publicize their success and kick off their 5th year of existence, they wanted to place an ad in the Hebrew version of Mishpacha Magazine. Mishpacha as many people know is a moderate Charedi publication that tries to appeal to the broader religious public.

After initially accepting the ad and even helping to design it, their Rabbinic adviser would only publish it if the ad read that his school was not intended for ‘regular’ Charedim. I’m not exactly sure what that Rav meant by ‘regular’. But I doubt he was talking about bowel movements. He probably meant normal mainstream Charedi students.

Obvioulsy the Mesivta of Bet Shemesh, did not want to advertise to parents of problem children that cannot function in the ‘regular’ schools. They are not a remedial or special needs school. It is a school with high standards for both Limdei Kodesh and Limudei Chol. They withdrew the ad. Here is the reaction of one parent in that school who chooses to remain anonymous:

To the Chareidi establishment, apparently it’s wrong to publish an ad that simply lets parents know that there is a yeshiva high school option, where boys learn three sedarim a day, dress yeshivish and also get a Bagrut degree.   And this is coming from Hebrew-Mishpacha, which is considered way too open-minded by many Chareidim and has even been banned by some rabbonim. It just shows how entrenched the anti-limudei chol bias is in the Israeli chareidi world, unfortunately.

It sure does. The problem is that the pressure to ‘belong’ in the Charedi world of Israel is very intense.  I am not saying that anyone is ostracized who decided to send their child to a school like that. Their peers will be treat them no differently than they did in the past. But that acceptance includes a lot of winking behind their backs about it. They will not consider you fully Charedi if you do.

That’s why American Charedi Olim (immigrants)  are willing to send their children to a school without Limudei Chol. Peer acceptance is apparently a big motivator. They are unwittingly sacrificing their children and rationalize away the value of a good secular education. …because ‘membership has its privileges’.

Yes, my friends we have a long way to go. 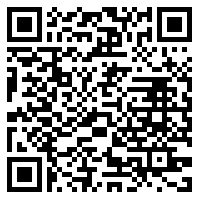