Not long ago, I challenged Agudath Israel to feature at least one speaker at the Siyum HaShas that represents the Modern Orthodox community. Since they have gone to great lengths to advertise this as a unifying event there is every reason to expect one of their speakers to be from that segment. Since Yeshiva University is the flagships institution of Modern Orthodoxy it is more than a reasonable expectation that one of their leading Roshei Yeshiva be invited to be that speaker. And address an audience that will include significant numbers of Modern Orthodox Jews.

Agudah has thus far not indicated that they will change from their past tradition of ignoring this obvious expectation. I am still holding out hope that they will surprise me. But I am not holidng my breath.

I don’t think there is any doubt about the level of Torah knowledge or Yiras Shomayim that YU Roshei Yeshiva have. Nor is there an iota of real difference between the way Torah is studied in the Beis HaMedrash of YU and the way it is studied at any other Yeshiva. It is more than time that Modern Orthodoxy is treated like an equal among equals and given the same prominence they give those to their right.

If they do that it will demonstrate that the Achdus they advertise is a reality and not just a way of attracting Modern Orthodox Jews to a Charedi event. Achdus is not defined by who attends. It is defined by mutual respect between all segments of Orthodoxy despite differences. That means looking in both directions (right and left) and not just one direction (right).

What would an Orthodox event like that look like? Not really all that different from the one they are planning now. But it one wants to see what it should look like in the ideal – all one has to do is go to the OU website and see what a similar event of theirs looks like.

It is not a Siyum. But it has many of the elements of  the upcoming Agudah Siyum. It is called Torah New York – and will take place on Sunday, September 22 (the first day of Slichos). From 9 am to 6 pm. It will feature speakers from both the world inhabited by the Agudah and the world inhabited by Modern Orthodoxy (in the form of many of YU’s Roshei Yeshiva).

What is even more important is that there will be several distinguished Orthodox Jewish women speaking at that event. Whose pictures are prominently displayed at their website right along with all the other speakers. Many of whom are – as noted – Charedi.

Of course I already knew that since the day school my children attended, Arie Crown Hebrew Day School, is one of the most respected day schools of Torah U’Mesorah. And at their annual banquet both men and women address the crowd  that includes Charedi couples all of whom sit together at the same table with other couples.

Something that used to be standard fare back in the 60s even in Telshe… a pretty Charedi Yeshiva. Of course they no longer do that. But obviously it is NOT because of any Halachic problem or they would have never done it in the first place. Even back then.

Of course I do not expect Agudah to have mixed seating at the Siyum. Or to start having women address the crowd. I get that there are some segments of Orthodoxy (mainly some of the Chasidic segments) that would strongly object and probably even boycott the event. Agudah does not want to alienate that crowd.

Even though I do not in any way agree with eliminating women speakers, I understand their concern. But asking Agudah to acknowledge Talmidei Chachamim whose Yiras Shmayim is unquestionably on par with anyone else that might be speaking that evening, should not cause anyone to boycott it. And if anyone or any group does boycott it, then they are not interested in Achdus at all. Just in themselves. If anyone would boycott the Siyum because someone like Rav Hershel Shachter or Rav Mordechai Willig will address it, then they are Porshim Min HaTzibur and in my view forfeit their right to be considered part of Klal Yisroel.

One more thing. The YU Roshei Yeshiva are men of great integrity and humility. They are not Makpid on their Kavod. I am absolutely certain that many of them will attend the Agudah Siyum and advocate attendance by all. They see the Siyum as a massive Kiddush HaShem – which should be supported by everyone. At the end of the day they probably consider my concerns trivial and irrelevant to the greater goal of Kavod HaTorah.

I get that too. They do not think about themselves but rather what is right in the ‘eyes’ of God. And what could be more right than a massively attended Siyum on Shas attended by Orthodox Jews from all segments of Judaism?

I have a lot of respect for these great Roshei Yeshiva. But If that is the case, I have to disagree with them. When one segment is slighted by purposely avoiding giving prominence to any of their rabbinic leaders it demeans them and those of us that respect them. That is the opposite of Achdus. I therefore continue to urge Agudah to invite at least one YU Rosh Yeshiva to speak. That will demonstrate the kind of Achdus they are advertising. Without that calling it an event of  Achudus will be an empty  gesture.

Will it happen? Stay tuned. 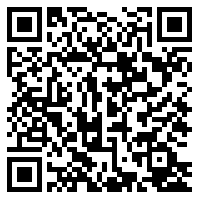