I hope the victim and his family can take some solace from this letter, Apology Letter to Mrs S. On June 4th a letter was written by Rabbi Dovid Epstein apologizing profusely for the damage he caused the family of a victim of sex abuse by a Yosef Kolko. Kolko was a ‘Mechanench’ (educator)  who confessed to that crime both privately and later publicly during his trial when the evidence for it became overwhelming.

I don’t know who Rabbi Epstein is. But it is clear from his letter that he was part of a move to treat a major Talmid Chacham in Lakewood as a pariah. They accused him of being  a Moser (someone who informs secular authorities about the illegal activities a fellow Jew – which is considered a major crime).


I am not going to get into whether Mesirah applies today. There is ample precedent among major Poskim – both past and present – that in a country where there is a fair system of Justice, Mesirah does not apply. I agree with them – as does just about all of the Poskim that I value. But the fact is that there are some Poskim that still feel it does apply in societies like ours. These are the people I am addressing.

The Lakewood community of which Rabbi Epstein is a part – is a community that seems to feel Mesirah applies even here and now.  I’m sure that the Talmid Chacham whose child was sexually abused probably believes that too. Or at least feels that one should factor in the possibility that it does. To that extent the father (let’s call him Rabbi S) played by the rules, as one would expect a Talmid Chacham of that stature to do.  Rabbi S went to some of Lakewood’s city elders and a Beis Din was convened to examine the facts of the accusation. Apparently they felt that there was enough credible evidence to require Kolko to seek counseling.

(At this point they probably should have gone to the police… and not just asked for counseling. The standard for doing so was established by no less a Posek that R’ Elyashiv who famously said that any suspicions of sex abuse that had Raglayim L’Davar (credible evidence) should be reported directly to the police. It was the Charedi rabbinic establishment that decided that such evidence could only be weighed by rabbis trained to do so. But nowhere in R’ Elyashiv’s Psak (Halachic decision) did he make that a condition of Raglayim L’Davar. But… for the sake of argument, let us say that the Charedi rabbinic establishment  makes a legitimate point in fearing that innocent people will be accused by people with vendettas against them. Rabbi S listened to his Daas Torah and went to a Beis Din and did not immediately report this to the police.)

Kolko failed to honor his commitment to psychotherapy after a couple of sessions. He instead went about his business of teaching young children Torah. Rabbi S was outraged by this – believing that Kolko presented a danger to the community. Even then he did not go directly to the police. He asked another respected rabbi – a Dayan – if he should. He was told that he could do it. A reliable source tells me however that this respected Dayan wanted plausible deniability and told Rabbi S that if he did go, he would not get any public backing from him. If true it is a shameful display of cowardice in my view.

Rabbi S then went to the police. Kolko was arrested and put on trial. At that point all hell broke loose. Rabbi S was hounded by some of the more important rabbinic leaders of the Lakewood community (mostly via surrogates). He was vilified and called all kinds of names. He was implicitly accused of sexually abusing his own son and blaming it on an innocent Jew (Kolko)!

Nasty letters were published by anonymous rabbis in Lakewood that treated him as though he was lower than garbage. One of the most sickening letters was written by Rav Yisroel Belsky, a very popular and brilliant Talmid Chacham who is a highly respected Rosh Yeshiva at Torah VoDaath; and who is also the primary Posek for Kashrus at the OU.

Rabbi S and his family were eventually pressured to leave town. He and his family ended up in a midwestern city where the Charedi community there accepted him graciously. And courageously by going against the flagship community of Charedim in America that had basically condemned him. They believed him. He lives there now and has the respect of that entire community – despite Lakewood’s treatment of him.

Back to Rabbi Epstein. I do not fault him personally for his original behavior. He is a victim of his own Chinuch. This does not mean to say that I accept his apology. It is not mine to accept. Only Rabbi S and his family have the right to accept it. I cannot imagine the torture they must have gone through – and are probably still going through. Not only from the abuse but from the way his family has been treated by the Lakewood community that once greatly respected him.

Despite all this, I believe that Rabbi Epstein is an Ehrilche (sincerely religious) Jew. He acted in accordance with what he thought was God’s will. And he would probably do it again if not for the ‘serious error’ he realized that he made. He thought Rabbi S went to the police after being told by Poskim not to go – thus violating a Psak. He now realizes that Rabbi S actually went to a Posek and got a Psak to go.

Being the Ehrliche Jew that Rabbi Epstein is, that devastated him. He realized his part in mentally torturing an innocent man; and the role he played in ruining this man’s reputation, perhaps never to fully regain it. The remorse he expresses in this public letter of apology is very evident and very sincere. He has now too become a victim of the system – as he will probably go to the grave with this on his head. It will haunt him the rest of his life. And will likely give him no peace. He even blames his recent double by-pass  heart surgery on God’s Divine judgment of him for inflicting heartache upon that family.

This letter is a good start – but unfortunately it is well short of what needs to be done here. First, all parties to Rabbi S’s destruction must come forward and apologize the way Rabbi Epstein did. This includes any and every individual including rabbinic leaders in Lakewood – no matter how prominent.

Rabbi Belsky must accept a good deal of the blame for this upon himself. It is hard to fathom how he does not lose any sleep over this. It is hard to fathom that it does not haunt him any less than it does Rabbi Epstein – even if he were to apologize. But he has not apologized and still maintains Kolko’s innocence. I do not see how he can still say that without bringing some exculpatory evidence. I don’t think any exists or it would have been brought by now. Why is he doing this?!

Ultimately the problem is not so much with the errors that were made, but by the system that generated them. There are lessons to be learned here. And no one is beneath learning them

The fault lies with good intentions gone terribly wrong. Intentions based on a combination of fealty to Halacha, influenced by misplaced  human compassion for the accused. These are not evil people. They believed they were all acting L’Shem Shomayim – as did Rabbi Epstein.

The Kolko that they ‘knew’ was not the Kolko that existed in reality. Kolko’s public persona was a facade by a man who had a mental illness and hid it from all but his victims. I know how difficult it is to see someone who is otherwise a religious man of exemplary behavior – guilty of heinous sex crimes. Human nature can easily pre-condition you to see his accusers as liars. Especially if they have gone ‘Off the Derech’. Which they often do after they have been abused and rejected by their community. They instead see a now irreligious accuser as someone with a likely vendetta against religion. As such they have set up a system of hoops and hurdles to make it nigh impossible to prosecute a religious sex abuser for his crimes.
Unfortunately if the rabbinic leaders of Lakewood and similar communities do not change this paradigm, this will surely happen again.

IDF Chief of Staff Arrives in US for Farewell Visit 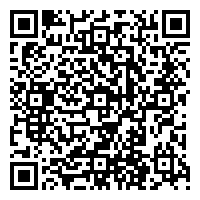