Both sides. That is almost always how the mainstream media reports on any conflict between Palestinians and Israelis. Both sides.


CBS This Morning news anchor John Dickerson opened his report on the conflict this morning with that phrase: ‘Both sides have launched hundreds of missiles at one another since Friday.’ That was followed by, ‘more than 20 people were killed in Gaza and four more in Israel. During the course of the report there was an image of a baby in Gaza killed in one of Israel’s air strikes.  (Video below)

The picture being painted is clear. Israelis are a bunch of baby killers. While the details of all this may be true (e.g – yes… a baby was killed by an Israeli air strike), the way it is being reported in the mainstream media is a lie. As is usually the case. Because the picture it paints places equal blame on both sides – if not a little bit more of it the ‘big bad’ Israel attacking the ‘poor defenseless’ Palestinians in Gaza!

The fact that Hamas terrorist leaders in Gaza fired nearly 700 rockets indiscriminately deep into Israel before Israel retaliated was glossed over. Israel suffered 4 casualties and that is tragic. But at the same time – it is a miracle that there were not a lot more causalities. How long is a sovereign nation supposed to wait before it retaliates in self defense? How many Jews must be killed before Israel takes action?

Missing from this report is the fact that the rockets were launched from heavily populated areas in Gaza where innocent civilians are used as shields. These rocket launchers are purposely placed near schools. So that any defensive act taken by Israel that attempts to knock out those rocket launchers will inevitably kill innocent children. This way Palestinians can ‘show’ the world that Israelis are monsters who kill their most vulnerable!

How perverse! A basic sense of humanity should entail protecting their most vulnerable from attack by locating their artillery as far away from civilians as they can. But these people do exactly the opposite – for the sole purpose of making Israel look bad. And to a certain extent, the mainstream media buys it!

Who is the real monster here? A nation that waits until nearly 700 missile are launched before taking measures to defend itself? Or the people who use their most vulnerable people as human shields for PR purposes? We know how Hamas would answer this question: Israel is the monster. I would add that the mainstream media is complicit in perpetuating that narrative by virtue of the way they almost always report the conflict!

Why does Hamas do that? The answer is well known. The destruction of the State of Israel is their open goal. They have never denied it. Whatever it takes! But that is not the goal they present to the mainstream media. Palestinians always frame the conflict in terms they know will get them sympathy. They call it ‘the occupation’. The mainstream media uses that term for the West Bank. But what they really mean by the occupation is all of Israel – including Tel Aviv.

There is nothing harmless about what Israel is trying to prevent getting into Gaza. Like those 700 rockets for instance. True needed supplies are blockaded too. But what is Israel supposed to do to protect itself from a people who has vowed to annihilate them?! if 700 missiles are getting trough anyway, imagine what a free for all it would be if there were no blockade at all?

Palestinians in Gaza have been protesting the blockade on a weekly basis at its border with Israel for quite some time now. To the casual observer that protest seems legitimate. Helped along by a complicit mainstream media, a lot of well meaning people fully buy into the Palestinian narrative that ‘big bad Israel’ wants to starve their people to death for no good reason.

The implied contention by the media is that if only Israel would let up on the blockade – and even better make peace with the Palestinians and give up the West Bank, all would be well. Too much of the mainstream media believe that Israel’s real goal is to expand its borders and subjugate its Palestinian inhabitants.

The message Hamas and fellow Islamic fundamentalists sells to the world seems to be what the mainstream media fully buys. Which is probably why a news report about the latest conflict begins with the words, ‘Both sides have launched hundreds of missiles at one another…’ They probably even believe that Israel is the one that is really at fault here – but that they are being ‘even-handed’ by phrasing it that way.

The media coverage is so consistently biased against Israel, I’m surprised that there aren’t more Americans that blame Israel for all that’s wrong in the world. But as I’ve said many times, Americans are a great people. They are fair minded and most of them probably see through the biased  mainstream coverage that tries to pass for objective reporting. It is just a shame that the there are also a lot of Americans that do take mainstream media reporting as gospel!

If instead there was some truly honest reporting, which would include context I think there would be an even greater number of Americans that would see Israel’s side of the issue as the right side.

I was happy to see Secretary of State Mike Pompeo say yesterday that Israel had the right to defend itself from those deadly rocket attacks. It was so nice to hear a clear and unambiguous statement like that from America’s top diplomat. He added that Israel had that right in spite of the fact that Gaza uses their own children as human shields.

That is the right approach. The blame for the death of any child so used  should clearly be laid at the feet of Palestinian leaders who deliberately put them in harm’s way. Not the Israelis who do everything they can to protect even the lives of their enemies while defending themselves!

Contrast Pompeo’s remarks with those of the previous administration. They too asserted Israel’s right to defend itself in past wars with Gaza. But it almost always came with a warning to be careful not to hurt innocent civilians. As though Israel didn’t care enough about that and had to be reminded by a more moral American administration! What a refreshing change in attitude from the last administration to this one.

A cease fire has been called – and it seems to be holding. How long it lasts – remains to be seen. But I am not holding my breath about it holding for long.

Hamas has one goal. The destruction of Israel. It is an integral part of their religious belief system to do so. Yehoreg V’Al Yaavor. Better to be killed than to refrain from that lofty goal They are going to try an kill as many Jews as they can in the process. Whatever it takes! Whether it is in suicide missions or in sacrificing their own children.

As long as Islamic fundamentalists like Hamas are in control – things will not change. They love death more than we love life. And they capitalize on that.

Even though a cease fire has been called, Prime Minister Netanyahu has said it ain’t over yet. I don’t know what he has in mind. But I hope it involves a devastating and fatal blow to the terrorist leaders that will once and for all pave the way for a real and lasting peace for everyone. 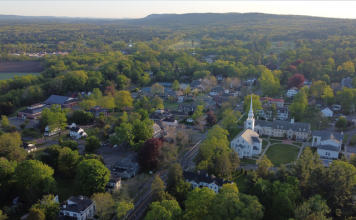 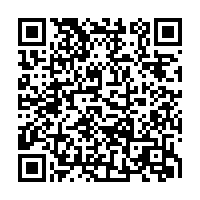