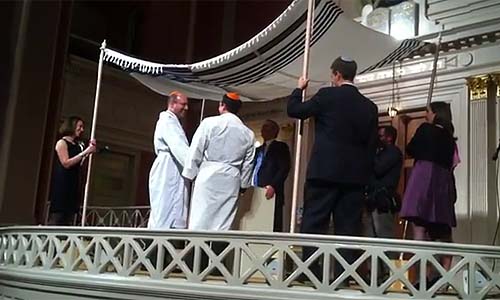 Albert Einstein once said, “The definition of insanity is doing the same thing over and over again, but expecting different results.” His momma didn’t raise no fool.


I don’t however think you need to be a genius to figure that out. And yet some people who are probably very smart do it anyway.

Leaders of the  Conservative Movement keep thinking they are going to innovate themselves out of the mess they got themselves into. A mess that their innovations got them into in the first place.  And yet they almost ignore a proven solution to their mess. One that has has worked for Orthodoxy.

Conservative Rabbi Ashira Konigsburg is one such leader. She is the Chief Operating Officer of the Rabbinical Assembly. The Conservative movement is hemorrhaging Jews in a variety of ways. Most notably through intermarriage. Her solution? Among other things is the following:

We need to use an engagement model that builds relationships and networks one person at a time, first discovering what people want and need, and then empowering them to create meaningful experiences… Instead of providing ready-made programs, we must first facilitate the connection and community that our people are seeking…

Is this really what she thinks will stem the tide? Customizing the movement’s activities to fit what people seek? It is almost as though she is saying that rituals are beside the point of Judaism.

Observance of Halacha and teaching that to our children is what kept us alive as a people throughout Jewish history. That is what gave us our identity. It made us different from the rest of society. It was the dignity of that difference that kept us proud of our heritage. Abandoning Halacha because it doesn’t fit with the lifestyle of complete freedom does not give us dignity. Nor does changing our ways to fit the times. It just makes us ordinary. Same as everybody else. It leads far to many of us to see Judaism as meaningless. Why bother? This is why so many Jews are opting out.

Conservative Judaism’s claim to be a Halachic movement is laughable in the face of most Conservative Jews. In far too many cases the level of ritual observance is almost non existent – except for Chanukah. And that’s only because it coincides with Christmas. While there might be Conservative Jews that do a bit more than that, statistics show that they are a dying breed.

Which is why Conservative rabbis like Ashira Konigsberg are panicking – and trying to come up with ideas like adjusting their activities to fit current trends of behavior.

There are Conservatize leaders that understand this. Jack Wertheimer  has written copiously on the subject. The way to keep Conservative Jews Jewish is to teach them how to be Jews. And to not be afraid you will chase them away with that. Professor Wertheimer understands well how the Conservative movement has gotten themselves into their current mess. It is the fact that their pulpit rabbis ignored the lack of observance by their membership. Focusing instead on social justice issues.

While there are exceptions, sadly, I think it is probably too late to teach most of their young adults how to be Jewish. Most have already chosen which path in life they wish to follow.

Professor Wertheimer has suggested that if the Conservative leadership really wants to have any chance of survival they would do well to copy the Orthodox model of providing a Jewish education to all of their children from kindergarten through high school. Along with a vigorous adult education program in their synagogues.

Solomon Schechter schools have been a failure. Parents are not motivated enough to pay the humongous tuition costs Solomon Schechter schools charge. Tuition that is often higher than the best Modern Orthodox schools. They must find a way to lower their tuition fees to parents. There are surely  a lot of wealthy Conservative Jewish philanthropists that can help.

Orthodoxy has been educating their young successfully for decades. Modeling that is in my view the best path to success.

As for Rabbi Konigsberg’s suggestions, I don’t think they are all bad. But even those that are good – at best they play second fiddle to education. Her suggestions to innovate their way out of their mess… well the  more you change your activities to fit the spirit of the times the less important Halacha becomes. Commitment to observing Halacha and transmitting that to your children is the only proven way to perpetuate Judaism. Jack Wertheimer should not be one of the very few Conservative leaders that understands that. 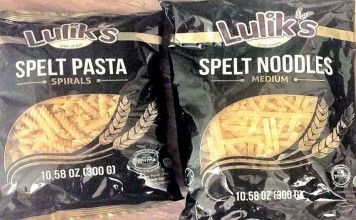