What do Judy Brown, Frimet Goldberger and Ysoscher Katz have in common? They all left their Charedi roots and remained observant. Although there are individual differences between them, they have made the same journey out of their former Charedi world, and yet did not choose to abandon observance. They remained loyal to Halacha albeit in ways far different from what they were in their former insular environments.

I suppose the answer might be contained in the reasons they left. Now there are probably as many reasons for leaving as there are people that left. However, although there is a lot of overlap, there are 2 general categories that I would like to distinguish. (Aside from family dysfunction which can be a very definite cause.)

If one has theological issues that are not satisfactorily answered, they may conclude that all the dogma they had been taught by their Rebbeim and teachers simply isn’t true. Whether it is about the legitimacy of the Torah or even doubting the existence of God. Once either of those conclusions have been reached it is difficult to continue to believe what you have been ‘sold’ as truth by your Rebbeim and teachers.

In other cases people leave for social reasons. Like not being able to abide by the strictures of their particular stream of Judaism. Like those of insular Chasidic enclaves (and to a lesser extent even some Yeshiva type enclaves). Exposure to the outside world might just be too enticing to some.

In both instances there are those who abandon observant Judaism entirely. In the first instance I would say it is virtually 100%. If you don’t believe in God, or the Torah, there is no reason to remain observant. Although there are many who remain outwardly observant for familial or social reasons, those who leave are not able to live what they now believe is a lie.

Those who leave for social reasons are in a different category. Most of those still leave observance, but there are some that don’t. They just leave their insular communities and find one that is not insular. This is what happened to the 3 people I mentioned above. Unfortunately (for reasons beyond the scope of this post) they are the exception. That’s why I so strongly support Project Makom. They can help people with these issues make a transition out of their former insular Orthodox communities into a more open Orthodox community. They do not have to abandon observance entirely. They can live a more modern lifestyle and remain observant.

The question arises, why are there so many people like this now? What has caused this upheaval? There is story after story, year after year, about this phenomenon in all types of media: secular, religious, Modern Orthodox, and Charedi.

Those who drop observance from Modern Orthodox backgrounds are in a category of their own. A lot of which can be attributed to overexposure to the culture – combined with the very permissive family lifestyle. Where observance is what I call MO-Lite. Where cultural values are often stressed over religious values. Where Mitzvah observance is more social than it is idealistic. Being raised in this kind of environment – can easily take a young person away from observance if they end up in a college campus away from home. The lack of a strong commitment in the home and the overexposure to the general culture will have its effect.

I am not saying this happens all the time. Nor do I say it is the case the majority of the time. Fact is I don’t know. But to the extent that it happens at all, I think these are the primary contributing factors.

But when it happens in the Charedi and even the right wing Modern Orthodox world, most of those things are not factors. And yet it is happening a lot. I don’t know the percentages. My guess is that it is very low. But the numbers are huge and seem to be growing at a very rapid rate. That’s why everybody is talking about it. I’m sure that most religious Jews in large metropolitan areas know at least one Charedi family (and probably a lot more) that has at least one child that has dropped observance.

What is the underlying cause? What causes these questions and doubts to arise? What causes insular Jews to buck their past? Rabbi Dr. Joshua Berman has provided some insight on this matter on Torah Musings. He bases it on You Lost Me, a book written by David Kinnaman, a devout Christian sociologist. The unsurprising answer is the internet. I say unsurprising because it should be obvious to everyone who has any degree of familiarity with it. Like those reading this blog post right now.

The internet has challenged our value system in unprecedented ways – by so easily and frequently exposing us to other values. Values embraced by shared communities which differ from those we have been taught in the home.

Former authority figures have been minimized in favor of Google – the ultimate arbiter of truth. Old dogmas have given way to new ones. Questions about faith are ubiquitous on the internet. As are answers that lead to doubt about God and Judaism. Arguments made in favor of those doubts are not being answered well – if at all – by the authority figures of the past (parents and teachers). Now alternate answers are popping up that make more sense to the questioner than the standard dogma they had gotten in their formal education.

But that is as unrealistic as avoiding air. The internet is increasingly becoming integrated into the modern life. In the near future it may become impossible to live in the modern world without it. Not to mention the fact that it is too valuable of a tool to avoid. As bad as it is in so many ways, it is that good in so many others. For every bad use there is probably an equally good use. Besides, bans never work – and aren’t really working in our day.

Most Charedim realize this and use filters. But those are far from foolproof. And they probably would not block out many of the problematic websites that will lead an observant Jew astray.

So what’s the solution? In my view the only real solution is to realize it is around and learn how to deal with it. Our educational system must change. We can no longer rely on the dogma taught in the classroom. Nor can we rely on insularity. The internet is everywhere. People are going to use it and see things that may lead them astray.

Educators have to be prepared to deal with these encounters. Telling their students they must avoid it just isn’t going to work. Teachers must learn to anticipate questions of faith and learn how to better deal with them. Brushing a student off with a poor answer – or worse telling them that the very questions they have are forbidden to ask will assure a hasty exit from observance for too many students. They can no longer rely on insularity and must now teach their students how to better deal with encounter with the outside world.

I know this is a big undertaking. It will take a lot of restructuring and re-educating our educators. But what choice do we have? If we don’t do something about it, this problem is only going to get worse. 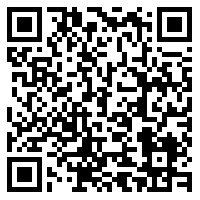