In response to incessant rocket fire from the Gaza Strip, the IDF has begun Operation Protective Edge. The operation’s goal is to target Hamas terrorists operating from Gaza.


Hamas, the ruling entity of the Gaza Strip, is responsible for most of the attacks on Israeli population centers. Since Operation Pillar of Defense in 2012, the terrorist organization has increased the size and strength of its rocket arsenal. It currently possesses 10,000 rockets and mortars, including long-range rockets such as the Fajr-5. While Hamas continues to attack Israel, it turns a blind eye to other terrorist organizations responsible for rocket fire.

Since the beginning of 2014, Gaza terrorists have fired more than 450 rockets at innocent Israeli civilians. Rocket fire endangers more than 3.5 million people – about 40% of Israel’s population. The threat facing Israel is intolerable, and the IDF is determined to stop it. 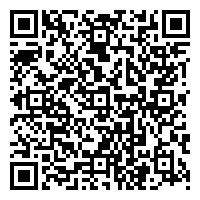