They are among the few women who entered the Gaza Strip during Operation Protective Edge. Amid the clashes and mortar fire, three combat soldiers tell us of the days they spent fighting to save the lives of their comrades on the battlefield.

Before entering Gaza during Operation Protective Edge, IDF combat paramedics experienced intensive training and some of the military’s most demanding courses. For a year and a half, they underwent training in the IDF Paramedic-Combat course, acquiring advanced expertise in emergency medical care.

Rigorous testing, hospital internships and intensive physical training shaped the service of IDF paramedics who participated in Israel’s operation. After returning from Gaza, they told us about their unique experiences saving lives on the battlefield.

When she enlisted into the IDF’s 188th Armored Brigade, Maor felt like she had joined a whole new family. “I was the only girl in our tank when we entered Gaza,” she said. “I slept with a fear that’s only natural when you’re in battle, but I knew that being there would allow me to protect other soldiers.”

While Maor was in Gaza, a mortar hit the border and caused several casualties among IDF soldiers. “We were called in urgently to take care of them,” she said. “The situation was very complicated, but each of us knew what to do. We worked quickly and saved many soldiers’ lives.”

In one case, she cared for a seriously wounded soldier who appeared close to death. “His breathing was labored and irregular and I had to make an incision in the trachea to allow him to breathe.”

According to Maor, the injured soldiers were evacuated by helicopter to hospitals across Israel. “I went to Ichilov hospital in Tel Aviv to visit one of the wounded soldiers,” she says. “I was so busy, but he was okay.”

After finishing three and a half years of military service as an assistant combat-medic in the Nahal Brigade, Yonat was enjoying a four-month trip in South America. In July, just after her arrival in Mexico, Yonat’s friends sent her a message telling her that Operation Protective Edge was starting. She felt that her place was with her fellow soldiers, and decided to return to Israel and join them in reserves.

Shortly after Yonat reached the battlefield, she received a soldier who was screaming in pain. “His hand was very badly wounded and he shouted ‘my hand is gone!’” Yonat said. “To give him strength I told him, ‘my name is Yonat and I promise you that everything is going to be okay.’ He looked me in the eye and I said, ‘I know that everything will be fine and that we’ll do this successfully’.”

The paramedics were exhausted by the time their commander arrived with doctors and other medical reinforcements. “At that moment, I felt that God was with me in Gaza,” Yonat said. “In total, I treated dozens of injured soldiers that night.”

Tamar entered Gaza with the Armored Corps and stayed there for 12 days inside of a tank. “I was the only female in the tank, but it wasn’t a problem,” she says. “The only thing that troubled me is that we could be the target of anti-tank missiles in enemy territory.” 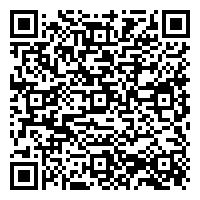