Growing up, it was uncommon for students from Corporal Dylan Ostrin’s International school to join the IDF, let alone stay in Israel. However, she had a specific vision for herself: she wanted to be in the Combat Engineering Corps.

Corporal Dylan Ostrin made aliyah (immigrated to Israel) from the US at the age of seven with her family. After moving from Texas and California, Cpl. Ostrin spent much of her school years at an international school where the students were children of foreign residents, such as diplomats, who did not have a connection to the land, history or culture and did not plan on making their lives in Israel. Tailoring to this crowd, her school provided an education devoid of Israeli identity, including the idea of joining the IDF. “My school’s point of view was to graduate and go as far away from Israel as possible for college,” said Cpl. Ostrin.


For her, joining the army was not the norm, unlike most people who grow up in Israel. “I see it as a privilege to be able to serve my country and I was not prepared to give that privilege up.”

Today, Cpl. Ostrin is an explosives instructor in the Combat Engineering Corps. She teaches all things explosive: from how to handle the explosives themselves to utilizing them in operations, such as gaining access to buildings. The soldiers she leads are mainly reservists who come back for their annual duty, ranging in age from 22 to 40 and sometimes more. Cpl. Ostrin loves working with reservists because it is satisfying to see reservists relearn things they might not have done in years.

“[Reservists] come out of their everyday life to do this, [leaving] their family, their work,” she explained. “They don’t have anyone to force them to listen. So I really have to show them how much I know in order to keep their attention.”

Though she loves her job, Cpl. Ostrin has dealt with hardships during her service. First, due to a filing error, she was placed in the wrong course for several months. She fought for what she wanted, including writing letters, making phone calls, begging her higher ups and even spending a whole day trying to convince different placement officers. They finally agreed to correct the situation.

After all the stress of trying to get into the right training track, Cpl. Ostrin received some hard news that would affect every aspect of her life. Due to a job promotion, her parents were leaving Israel and moving to the U.K. When her mother presented the situation to her and her brother, Cpl. Ostrin at first told them they should not leave. However, she later realized she is independent enough to thrive on her own, thanks to the new sense of independence she learned from serving in the IDF.

“If my parents would have told me they were leaving before I entered the army, I don’t know how I would have dealt with it. But the army teaches you certain skills that force you to become your own person and be independent,” she said.

Since her parents moved, Cpl. Ostrin has been getting by as a lone soldier, especially thanks to her fellow soldiers. She said have become more like family than just friends. They have invited Cpl. Ostrin and her brother over holidays, weekends, and when she was sick, her fellow soldiers picked her up from to take her to doctor appointments.

Now that things have settled down, Cpl Ostrin is enjoying every minute of her job. She has already begun receiving job offers to work on bomb squads and similar security-related teams both in Israel and abroad, but is focusing on the present. “Serving in the army, in a job I wanted to do, is more rewarding than anything else. I’m doing it for the good of the people around me and the good of the country.” 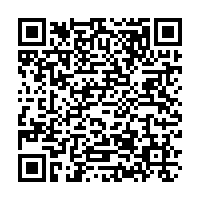