The following are six incredible shots of IDF helicopters used in a variety of missions. These warplanes are ready to act on a moment’s notice to defend the State of Israel.

1. A Sikorsky CH 53 helicopter in the smoky sky.


Flying with obscured vision is just one of the many skills that a recruit must master before becoming an IAF pilot.

2. Apache helicopters fly over the skies of Greece.

The Hellenic Air Force and the IAF trained together in Greece in 2010. The two air forces practiced rescue missions, training with the Hellenic Air Force both in the role of ally and enemy. The exercise also gave the IAF the chance to practice rescue missinos while dealing with mountainous terrain and rapidly-changing weather.These types of exercises central to military cooperation between Israel and Greece.

These five helicopters display the principles of cooperation and coordination. The pilots must work closely together to fly in unison and to complete their missions.

4. Rotors give off a ring of light.

A helicopter is waiting for takeoff during an aerial evacuation drill for the IDF’s Desert Reconnaissance Battalion, which is entirely comprised of Bedouin soldiers who volunteer for service in the IDF.

5. Helicopter takes off from Mt Hermon.

The helicopter took off after a visit from Chief of Staff Lt. Gen. Benny Gantz to the snowy region. Mt. Hermon borders Syria and plays a strategic role in guarding Israel’s northern border.

6.  Golani Brigade commandos drill in the north of Israel.

The soldiers practiced storming an area, and operating under bio-chemical attack. The drill also included cooperation with the Israel Air Force, as the soldiers had to protect a helicopter that was to land in an open field. 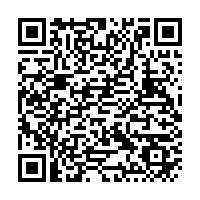