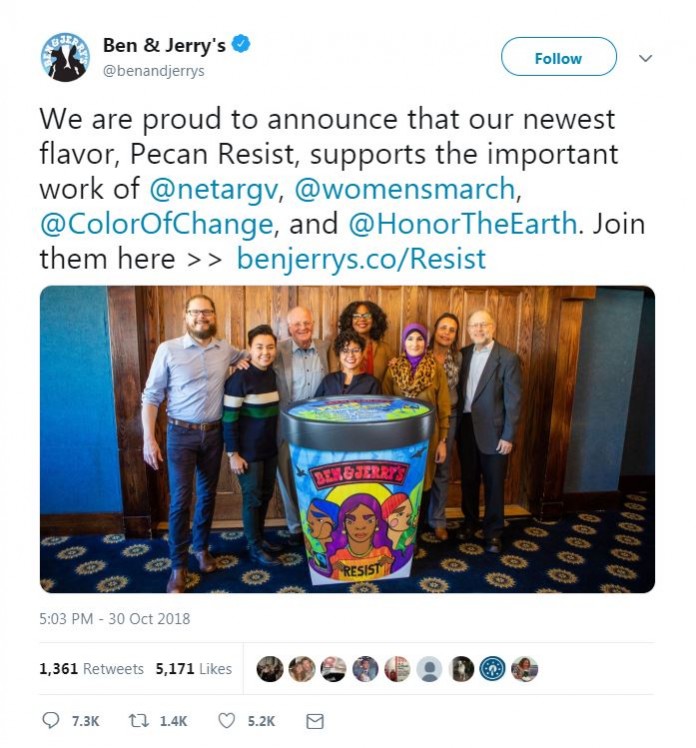 Ice cream is something I used to think of as a luxury item. I needed someone else to make it. I had to pay the prices they dictated. I was glad that it’s not cheap because it made it easier not to have the delicious fat-making stuff around.

Now there is ice-cream in my house all the time. I make it myself.


Even before Ben & Jerry’s “PeCAN Resist” I saw some research about ice-cream and it turns out that most of the ice cream brands on offer in the stores don’t have a lot of actual ice cream in them. They are full of sugar and chemicals and sometimes there is no cream at all!

In Israel, Ben & Jerry’s and Häagen-Dazs are the higher quality brands that are actual ice-cream. Both are expensive and come in small containers that if you have three grown men in your house is a completely irrelevant portion size.

Recently the always political Ben & Jerry’s went over the top. It is one thing to be left-leaning in politics. Ben & Jerry have the right to infuse politics in their business as much as they please but for Jews concerned with the rise of Antisemitism around the world and particularly in America, this step was too much.

Appallingly, Ben and Jerry’s has given the public a new reason to not buy their fat-and-sugar-laden and unhealthy ice cream:  A new Ben and Jerry’s flavor called “PeCAN Resist” supports unsavory hate-promoting, violence-promoting, anti-Semitic political groups, including: the Israel-bashing “Women’s March” along with its Jew-hating, violence-promoting, anti-Israel boycott-promoting leaders Linda Sarsour and Farrakhan associate Tamika Mallory; “Color of Change,” which is running a campaign promoting Maxine Waters’ call for harassment and incivility; and a subsidiary of “Progress Texas” which is demonizing pro-Israel Senator Ted Cruz as a subhuman monster.  This is frankly sickening and frightening, especially so soon after the Pittsburgh Synagogue massacre and other appalling anti-Semitic and violent incidents.

It is deeply painful that Ben & Jerry’s heads Ben Cohen and Jerry Greenfield – who are Jewish – are promoting, financially supporting and taking a smiling picture with Jew-haters such as Linda Sarsour, who promote massacres (the intifada) and boycotts against Ben & Jerry’s fellow Jews.  Ben & Jerry’s insensitive, alarming and downright dangerous promotion has been correctly widely criticized, including in Israel and by the Simon Wiesenthal Center.

So, here’s the thing. You don’t need Ben & Jerry’s in order to have good ice cream. If you have a mixer in your house, you can make your own ice cream, any time you want.

The favorites in my house are coffee and vanilla chocolate chip. We also make chocolate with Oreos and rum and raisins. You can make any flavor you like, add fruit or whatever is yummy in your tummy.

The base for every ice cream is the same. You control how sweet it is according to the proportions of ingredients you use.

This is how it’s done:

When these are whipped together, you have the base of your ice cream. Now it’s time to add your flavor of choice:

Try it! If you make a different flavor, let me know how you did it! 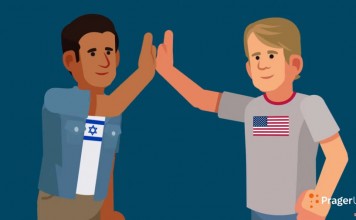