Meet Ro’i Klein. Look at his face. Doesn’t he look like a sweet and gentle man? 31 years old, husband to Sarah, father of three year old Gilad and one and a half year old Yoav, Ro’i (pronounced “Row-ee”) was supposed to celebrate his birthday on July 27th.

Admired for his calm peacefulness and constant smile, Ro’i was known for saying: “If I don’t do it, who will?” Many of Israel’s best say that exact same thing.


People who live in other countries do not understand why we Israelis love our soldiers so much. We keep saying that we hate war and violence, loving our soldiers doesn’t seem to fall in line with that sentiment. Ro’i Klein and others like him are the reason why.

On July 26th Ro’i was with his soldiers in Lebanon. They were fighting Hezbollah in Bint J’bail. Because the IAF had scattered fliers warning the citizens of Bint J’bail that fighting was to ensue, Hezbollah had time to prepare traps for the IDF soldiers.

Hezbollah captured one of the soldiers, 24 year old Amichai Merchavyah. Ro’i and his soldiers gave chase, trying to rescue Amichai. The Hezbollah fighters led them into a dead-end alley. They were trapped.

One of the Hezbollah terrorists threw a grenade at the soldiers. That had been the intent all along – to kill the Israeli soldiers in one fell swoop.

Ro’i, the commanding officer had to take care of his soldiers, he had to protect them, his family. Terrorists were trying to kill his children! No, I don’t mean Ro’i’s two children at home. In that moment Gilad and Yoav didn’t matter, neither did his wife Sarah. It was the children standing next to him that Ro’i had to protect. He had to make sure they went home to their families. He knew he wouldn’t.

Ro’i told the soldier manning the radio to announce what had happened. Then Ro’i threw himself on the grenade.

Those of his soldiers who made it home say that Ro’i had just enough time to say “Shema” before he was blown to smithereens. “Shema” is the prayer central to the Jewish faith: “Hear oh Israel the Lord is our God, the Lord is One”.

Parents all over the world declare that they love their children so much that they would even die for them. In most countries that would be a hypothetical situation. In Israel it is not.

Sometimes terrorists enter our homes threatening our next of kin. Sometimes terrorists attack on the street, in buses and café’s endangering members of our family that we have never met, related to us through their belonging to the nation of Israel. We are a tiny people and we truly are one family – we bicker and quarrel and we love each other so much that sometimes we die for each other. And that is exactly what Ro’i did.

We love our soldiers because they are us. They aren’t some people far away, doing things that have no bearing on our lives. They are us. They are our sons and fathers, brothers and friends. They are our sisters too. Our soldiers are our family. The loss of one is the loss of a beloved family member, whether we knew the soldier personally or not. Each is precious, none are replaceable. Ro’i is (it hurts to say was) exceptional but by no means unique. He is one of many who say “If I don’t do it, who will?”

Haim Smadar and Noam Apter are just two examples of others who made the same purposeful, loving, awe-inspiring choice Ro’i made. Each one was “just” a normal Israeli, someone who walked amongst us every day. They got up in the morning, went to school, went to work, met with friends, played with their kids, did things normal people do. They weren’t normal though – that is to say, they weren’t average – they ARE normal Israelis. Ro’i was a father and a soldier. Haim was a father and a security guard who checked clients entering a local supermarket. Noam was a son and a student.

That is the quality of spirit that exists in this country. They are our family. They love us with a passion so great they sometimes give their lives for us. And we love them back. 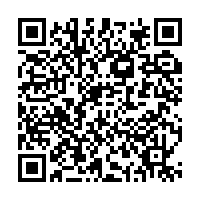