I’ve heard that people who are bipolar often go off their medication because, although the lows of depression are difficult and sometimes even dangerous, the highs they experience are so thrilling, they don’t want to give them up for the sake of being normal. The highs open the door to genius, to creativity, to the sublime.

And it is impossible to attain the high, without also experiencing the low.

The Israeli experience is something like this. I hesitate to compare my beloved country to a disorder but like the bipolar person, our “normal” isn’t normal.

Everyday life in Israel is about as normal as casually making sandwiches for the kids while walking on a tightrope, with no safety net, over a sea of blood-thirsty sharks. We do make fabulous sandwiches – as well as self-driving cars, solutions for world water shortages and cures for cancers – with a smile and full of joy for life – on the tightrope, over the sharks.

Some days are more intense than others. Probably (unless there is a war), the most intense day of the year is the day of Yom Hazikaron, IDF Memorial Day, which at night becomes Israel’s Independence Day.

On Yom Hazikaron my family attends the ceremony held at the Hebrew Reali School in Haifa. The children of the school attend as well as many of the school’s alumni. There is something special about generations of alumni coming together, on this important day.

The Reali was founded in 1913. The State of Israel had not yet been formally re-established but this did not stop the Jewish community in Palestine (Eretz Yisrael) from building institutions of education for the next generations, the new Jews who would be free in their homeland and be educated in Hebrew, the language of their ancestors.

The ceremony at the Reali is probably the most impressive and moving Yom Hazikaron ceremony in the country. Israelis are notoriously bad at ceremonies. Pomp and circumstance is a foreign concept, there is something about focusing on the way things look (rather than their content) that goes against Israeli nature.

The Reali ceremony is simple, yet profound. The 9-12th graders of the school march on the field with the flags of the school and the military academy (also managed by the Reali). The visual impression this creates is of seeing the present and the future at the same time – the students dressed in civilian clothes will soon graduate and join the IDF (and look like the students from the military academy marching alongside them). A group of teachers and distinguished alumni also march on the field.

A few songs are sung. They are never songs about war, always songs of grief, sadness at innocence lost and hope for the future. Yom Hazikaron songs are never about the enemy. The Yizkor and Kaddish prayers are said. The bulk of the ceremony consists of the names of every single Reali student killed in Israel’s wars or by acts of terrorism. This year they read 302 names.

Think about that. In 105 years 302 people were killed from this school alone.

During the ceremony, I sat behind a family. Grandparents, a mother and her daughter, a daughter of the grandparents.

The principal of the school explained that this year, classmates of Dudi Zohar were marching on the field in his memory. The grandmother’s head sunk down on her daughter’s shoulder. The little girl turned around and I saw that her face was streaked with tears. Dudi’s family. His is the 302nd name on the list.

When it came time to say the prayer for the dead, Dudi’s 14 year old son read the kaddish. I don’t know if there was a dry eye in the audience, mine certainly weren’t.

After the ceremony in the school was over, we went to the ceremony in Haifa’s military cemetery. The IDF prepares the cemeteries throughout the country for the thousands of families they know will arrive. Each grave has flowers laid on it, a flag and a soldier (the rank or higher than that of the person killed) to stand as an honor guard. Stools are brought to every grave so that families can have a place to sit should they feel the need to do so and water bottles are brought for everyone attending the ceremonies. Of course, politicians and dignitaries attend the ceremonies in their communities.

The ceremony ended with Hatikvah, as all ceremonies do. As I stood and sang, I watched a woman approximately my age standing in front of a grave, singing. The ceremony was taking place behind her but she had come for personal reasons, not to be part of the community. Whose grave was she facing? Her husband? Her brother? A friend?

Watching her, I choked on the words of our national anthem: “To be a free people, in our own land, the land of Zion and Jerusalem.” The price of our freedom was lying in the grave, at her feet – and yet she sang. As did everyone all around me.

That evening we watched the official Yom Haatzmaut ceremony on tv. Wow! It was like watching a mini-opening ceremony for the Olympics – a sweeping depiction of Jewish history from the beginning of our people, yearning for Zion in exile and the rebirth of our nation.

At night we went out to the Independence Day street party. Every municipality sets up enormous parties with the best Israeli performers, music, dancing and fireworks. There was a party right by my house but we chose to go to one in a suburb of Haifa because of the artists who were scheduled to perform there.

Omer Adam is perhaps the most popular Israeli singer today. When ticket sales for his concerts open, the lines crash. Within a few minutes, all the tickets are sold out. On Yom Haatzmaut we walked down the street to the stage and there he was.

There he is! There he is!!! The street was packed, people were hanging out the windows and standing on the porches of nearby buildings. Everyone pulled out their cameras. Everyone was smiling and singing. What a way to end the day.

What other way is there? We mourn death and celebrate life, we celebrate life in gratitude and appreciation for those who made it possible for us to live.

In Israel, the equation is very clear.

We didn’t ask to live with the sharks swimming below us. Every time one of us falls, we all fall. The pain is devastating… there really are no words to describe it. At the same time, if we must walk the tightrope, why not dance across it? What could be more glorious? 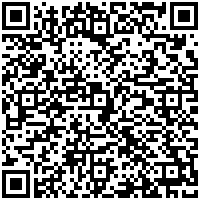