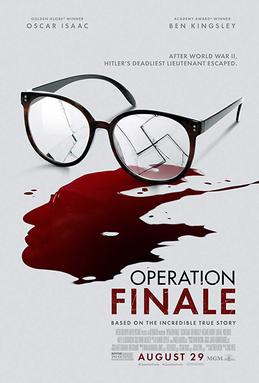 {Originally posted to the aiuthor’s blog}

Every time I hear about a movie being made from one of the stories of Israel, I cringe. On one hand, our stories are the best stories. On the other hand, all too often, instead of being told as they were, our stories are twisted to fit an agenda, perverted, even to the point of becoming vehicles for modern day anti-Israel propaganda, perpetuating antisemitic lies, denigrating our legacy and connection to our ancestral homeland (see From Exodus to Munich: How did we get here?, Operation Thunderbolt).

When I saw the video of Ben Kingsley explaining why he took on the role of Adolph Eichmann, I knew I had to see this movie.

Ben Kinsley, promised Elie Wiesel, the voice of morality and Holocaust Memory that he would, at the next appropriate opportunity, take on a role and dedicate it to him – and that is exactly what he did.

Eichmann is not an easy character to take on. Sir Ben Kingsley, one the greatest actors who has walked the earth, is a total actor who seems to actually become the people he portrays. He turned himself into Gandhi just as completely as he did Itzhak Stern in Schindler’s List. Who would willingly step into the dark refuse of the spirit of Adolph Eichmann?

Kingsley found the task utterly repugnant but he did it willingly, in honor of Wiesel, because he believes in the importance of teaching the message of the Holocaust that remains unlearned – evil does not come in the form of slavering horned monsters but rather in average people who become twisted enough to do monstrous, unspeakable things.

When Nazis are dismissed as monsters we make them not real. We let down our guard, turn a blind eye and allow new monstrosities to encroach.

This movie is a service to humanity. A warning. But will anyone listen?

Thankfully, as far as I saw, there was no veiled agenda in this movie. Unlike in Spielberg’s Munich where the Mossad operators are morally conflicted, here morality is very clear – a dead Nazi is a good thing and yet the goal is justice, not vengeance. After all, no type of revenge would be enough to balance the horrors of the crime and we are not like those who terrorize, torture and murder our people.

It was important to not allow the masterminds of the Final Solution to end their days in freedom and comfort but it was more important to give the victims, the survivors an opportunity to be heard and to let the world know that the incomprehensible suffering they experienced was real.

Many like to talk about “nuance” in relation to the telling of our stories. This is the first time I have seen realistic nuance in the depiction of Israeli perspective, where it is possible to recognize the innocence of children who did not choose to be born to parents who committed crimes against humanity, against our humanity and at the same time, unflinchingly execute justice on the criminal. It is possible to be enraged at the evil abuse our people have experienced and yet hold back on becoming an abuser ourselves.

This is the nuance no one wants to see in regard to Israel. Many of those who say they support Israel feel the most comfortable with the weak Jew, the Jewish victim. Those who do not want to admit the evil perpetrated against our people prefer to spin the tall-tale of the powerful Jew who has now become the abuser of others (namely the “poor Palestinians”). This movie, thankfully, did neither.

I finished watching this movie with a kind of empty feeling. How much of the story was accurate? Perhaps I was distracted by some of the strange casting choices, actors who did not look or sound anything like the real people they were depicting. The un-Israeli look of some of the scenes that took place in Israel made it difficult for me to be swept away by the story itself. Would a historical movie about any other people or location go forward with so little attention to the details that make it seem like it really was?

I’m left with a feeling of uncertainty and concern. Perhaps Operation Finale was too subtle for the average viewer. Will anyone who doesn’t feel directly connected, make the effort to understand? Can a viewer who is unfamiliar with this story comprehend its enormity?

Will Ben Kingsley’s portrayal of this average man with a demonic hate inside him be enough to explain the horror that was Eichmann? Gerhard Maschkowski, a survivor of Auschwitz told me of Eichmann’s visits to the camp and how he would come in a big shiny car and if there was a column of Jews walking in front of his path (for example doing forced labor outside the camp), he’d just drive through them, as if they didn’t exist.

Will the viewer understand what this meant to Israel? Will they understand the bravery of those whose families were stolen from them, who went on to build a nation? Will they understand the significance of a State bringing to her people a man whose talents were utilized to run the machine designed to exterminate us? Or the supreme effort it took not to execute Eichmann at first site? Or the horror of a Jew who believed the Holocaust over, seeing the same Jew hate rising up in new ways and places?

My lack of certainty drove me to look for historical documentation to reinforce the fictional depiction. Amazingly I found an old video, in poor quality, of Peter Malkin, who was depicted as the main character in Operation Finale, explaining what it was actually like to capture Eichmann. Watching this reinforced Operation Finale, many of the details in the movie (including ones that seem unrealistic) come from this testimony.

Watching this is a chilling window into the experience of capturing Eichmann. 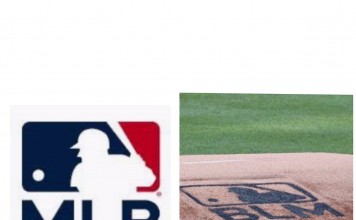 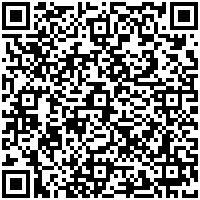