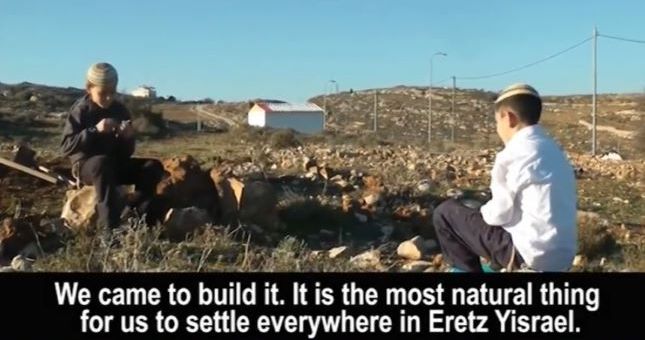 Meretz Party MK Mossi Raz, among others, is on a campaign (rampage?) to demonize all the Jews living in Judea-Samaria. At the beginning of the month, he posted a Tweet that reads:

The state’s answer to the petition submitted by Homesh according to which there is no date for evacuating the yeshiva is another submission to settler violence.
According the the Disengagement Law Israel is forbidden from residing at the site but it again becomes clear that the settlers are above the law and IDF officers are forced to work under the command of the Hilltop Youth.
This is what moral bankruptcy looks like.

Without going into a discussion at this moment regarding the Disengagement Law and whether or not IDF officers “are forced to work under the command of the Hilltop Youth” (something I find to be a ridiculous statement given what really happens), let us look at his branding of them under the dismissive and scornful term of “settler violence”.


In fact, in my personal conversations and in live observations in the field, I have evidence that they (at least the ones I met) do what they can to avoid confrontation. I heard a farm manager tell the younger men herding the sheep that day how to avoid responding to provocations of Arabs who came out to field where they were. I was privy to his conversation with army officers as he explained how difficult it was to avoid encountering Arabs who did not want him moving his herd across a particular plot of land to get to the area the civil administration assigned to him for grazing. He is a role model for his young volunteers in avoiding violence and not responding to harassment.

The residents of Judea-Samaria are fighting back with an anti-propaganda drive. On Feb 21, dozens of educators and supervisors from the Jerusalem Region Social and Youth Administration within the Education Ministry went on a tour in the hills of Binyamin to meet the residents, including an open meeting with some Hilltop Youth, young people living and volunteering on unrecognized farms in Judea-Samaria. They are generally engaged in shepherding.

Among those invited to the tour was Israel Prize winner, educator and lecturer, Miriam Peretz. She was impressed with the dedication of the youth who invite all Israelis to visit them.

Most Israelis are familiar with the Hilltop Youth only through the mainstream media that stigmatizes them and that negative picture is stuck in their minds. Viewed as violent unruly young people, they are accused of regularly harassing Arabs just going about their daily lives, yet the opposite is closer to the truth, unless one considers that the mere presence of Jews in Judea-Samaria is harassment enough.

Peretz made the following statement upon meeting with the Hilltop Youth:

The Jewish People need more people like you, with a love of the Land of Israel and dedication to your ideology, willing to fight for our homeland.

Another participant on the tour admitted to the youth that:

I would never be able to live under such conditions. I envy you for the fortitude that gives you the strength to function in spite of the difficulties.

The educators thanked the residents for the visit and said that

there is nothing that can take the place of an open meeting face to face in the field.

In the past few years, thousands of people have decided to visit, to familiarize themselves with the residents and to meet them in person and not via the television or computer screen. Without exception, such meetings have changed their perceptions of the youth in a positive direction.

This has been the experience of those who have met Hilltop Youth in casual unplanned circumstances as well. For example, Yehuda, an 18-year-old I met while he was watching over a herd of sheep at an unrecognized hilltop farm in the Shomron region, told me about meeting people on the streets or when he when he and some friends went to the beach in Tel Aviv.

People who see me in the street, and I can tell they are looking at me and they give me dirty looks because they think what they think – they see me with my long payot (sidelocks), smelly and unkempt, and I see that they look at me in a way that says – Come on! Do something with your life! What are you doing? You are past the stage of being a kid, seeking action, provocations, come on, do something with yourself, get a degree, study, get a regular job.

I actually like to talk with those kind of people. When I see the look, I approach and say: Hi bro, how are you? He talks to me and suddenly I see that his entire expression changes, his entire feelings, his entire thoughts, I feel that they change entirely. I can see him thinking: Hmmm, these people know how to talk with people; they know how to hold a conversation. They also have feelings. They are also congenial. People tell me that. They say, you know, I was sure that you were something else, and now I discovered a whole other world.

The one thing that the Hilltop Youth and other ideologically motivated residents of Judea-Samaria really wanted to talk with me about is their love of the Land. In fact, I detected disappointment in one interviewee that I did not seem to sufficiently register his deep love of the Land he protects by the simple fact of living in Judea-Samaria. I admit that is true. I was paying attention to other things he was telling me but after having met more and more residents of the various communities, his expressions of love came back and reverberated in my talks with others.

It would perhaps surprise some people to find that there was no talk about hating Arabs, apprehension of their harassment and fear of violence yes, but hatred, no.

Of course, even at the end of meetings such as the one attended by Miriam Peretz, there are still disagreements in approaches to the conflict between some of the visitors and the Hilltop Youth. But visitors come away with the impression that, like Yehuda, these are outstanding youth who have a good set of values and are devoting their lives to the Jewish People and the Land of Israel.

I wonder if Mossi Raz and others like him would agree to meet some members of the Hilltop Youth quietly — not marching up from an Arab town or outpost toward their farms while hiding behind shouts of provocation and slander and a Palestinian flag. Just sit and talk with them. He certainly will not agree with their politics after such a meeting. But he may understand that moral bankruptcy is condemning a group of people one does not know just because their ideals and values are different (even very very different) from one’s own.

The Hilltop Youth are not a strategic threat to the country as Health Minister Nitzan Horowitz (Meretz) proclaimed last week. No, the strategic threat to the country is the hatred toward them on the part of the Jews who harass them in the fields near their homes, happily filming them when they get them to respond in anger, spreading lies about them in so-called humanitarian and co-existence “peace” groups, thus ensuring that the bulk of the Israeli public only knows about them from distorted news reports that highlight the very few times they act out in vigilantism against the harassment, incitement and violence perpetrated against them.

Will we one day regard the Hilltop Youth as pioneers as brave, resilient, devoted and important to Israel as were the earliest tillers of the soil in the collective and semi-collective farming communities (the kibbutz and moshav)? Are they the contemporary version of those who, in the early days of the establishment of the modern State of Israel, lay the cornerstones for today’s developing society that is still struggling to truly define itself as a sovereign nation? Watch the video and see for yourself!

Feature Image Credit: Screenshot from the video above. 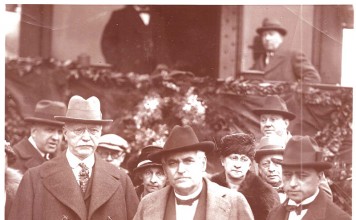 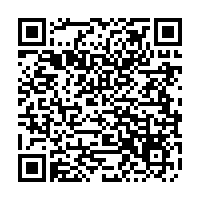