When I started IsraelShield, I had one goal in mind; fight anti-Israel propaganda. Over the past several years, I have had more than a few debates with pro Palestine or anti Israel people and the truth is, I have NEVER lost a debate or turned to foul language or lost my temper. See, when you have the truth, you don’t need vulgarity.

To make it easier for those who are actually looking for the truth or those who would like to defend Israel, here are two  of the most commonly used propaganda and lies against Israel.

LIE: The Jews came in and occupied Arab Palestine that was a vibrant and peaceful country

FACT : There never was an Arab Palestine State, Country, National movement or attempt to create a State before 1967.


The next time someone pulls the occupation card out, just ask: “show me when an Arab Palestine State ever existed and in what year was it occupied by Israel”

FAILED ANSWERS:
They will show you maps from the Ottoman Empire, the British Mandate and even as far back as the Roman Empire. On these maps you will find a geographical area called Palestine.
But that wasn’t the question!
The question was:
Was There EVER an Arab State or Country called Palestine?
We know Palestine existed, the Romans coined that name after they took it from the Jews and destroyed our temple! It just was never an Arab State or country and was NEVER occupied.Here are some of the pictures you might see:

The map above looks quite convincing but all it really took was basic graphic skills and the ability to color inside the lines and write the word PALESTINE. In the map below I will show you the loss of SMURFLAND!

No matter how much they scream, curse and deflect, they will never be able to show you when an Arab Palestinian State ever existed, It NEVER did!

I have offered any pro Palestine person to take down my Twitter, Facebook and blog if they can show me when an Arab Palestine State ever existed before Israel, so far not one person has answered my challenge!

They might also show you a picture of a Palestine bill

Unfortunately for the Palestine propagandists, these bills were printed in England by Jews in order to make currency for the British Mandate in Palestine. If you look inside the red circle you will see the letters that say ALEPH, YUD which stand for Eretz Yisrael or Land of Israel!
They might mention the Palestine Post newspaper or the Palestine Football team or the Palestine British brigade. One small problem, they were Jewish, Jewish & Jewish!

Not only did an Arab Palestine State NEVER exist, there was no demand for one until 1967.

FACT: Between 1948-1967 all of the ” disputed area today was in Arab hands, including Jerusalem. In those 19 years, never was there a demand for a Palestinian State.

LIE:
When Israel invaded Palestine they chased out all the Palestinians
FACT:
In 1947 the UN suggested a partition plan of the British Mandate. The Jews agreed, the Arab league (not the Palestinians) refused and opened a full assault on the young State of Israel. Here are some quotes from Arab leaders at the time who ordered the local Arab population to leave so that the Arab armies of the world can crush Israel.

Iraqi Prime Minister Nuri as-Said was later quoted as saying: “We will smash the country with our guns and obliterate every place the Jews shelter in. The Arabs should conduct their wives and children to safe areas until the fighting has died down”Abu Mazen himself! Mahmoud Abbas, then member of PLO Executive Committee, wrote an article “Madha `Alamna wa-Madha Yajib An Na`mal” [What We Have Learned and What We Should Do] and published it in “Falastineth-Thawra” [Revolutionary Palestine], the official journal of the PLO, Beirut, in March 26, 1976:“The Arab armies entered Palestine to protect the Palestinians from the Zionist tyranny but, instead, they abandoned them, forced them to emigrate and to leave their homeland, and threw them into prisons similar to the ghettos in which the Jews used to live in Eastern Europe, as if we were condemned to change places with them: they moved out of their ghettos and we occupied similar ones. The Arab States succeeded in scattering the Palestinian people and in destroying their unity.”

TWEET THIS:
There are more Arab doctors, lawyers, teachers & parliament members in Israel then there are JEWS is all Islamic regimes combined!
If there was ethnic cleansing it was Jews who were thrown out of Arab lands. Here is a map of Jews in Arab countries in 1948 and then in 2000. (The numbers have decreased since)

C. Israel Is An Apartheid State

This one is the easiest of the claims to throw out. 20% of Israel’s citizens are Arabs who receive equal rights. We have Arab lawyers, teachers, doctors and judges so there goes the Apartheid claim!

There is not a single anti Israel claim that I have heard and is not based on a lie! I invite anyone to comment here and tell me a claim against Israel that is true!

Next post will cover Gaza lies so don’t forget to subscribe as well as join me on the IsraelShield Facebook Page and @israel_shield on Twitter! One more thing, please let me know in the comments below what you thought about this post! 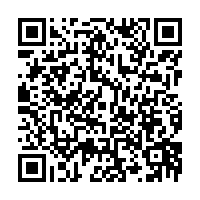