The recent elections in Israel were more like a circus and the head clowns were the opposition parties. Buji and Tzipi of Labor attacked Netanyahu on everything from his wife, Sarah, using the money of recycled bottles in the Prime Ministers house to the relationship between the Netanyahu’s and the household help.

On the day of elections, Benjamin Netanyahu put out a video of himself urging people to vote. He spoke of Arabs voting in drones and claimed the right wing government was in danger.

It is perfectly understandable how someone who has no background in Israeli politics could mistake Bibi’s speech as racist, but when it comes to the Israeli liberals, they knew exactly what Netanyahu was talking about and they just didn’t have the integrity to admit it. Instead they attempted (quite successfully) to bash Israel’s Prime Minister and brand him in front of the entire world as a racist.

The left in Israel will not tell you that in Netanyahu’s list is a member of Knesset (Parliament) named Ayoub Kara who, as you probably guessed, is an Arab Druze.

Ayoub Kara is in the center along with Likud supporting Arabs

The reason for that is, they knew exactly what Netanyahu was talking about when he said international activists are driving loads of Arabs to the polls and they knew it had nothing to do with them.

(Victory 15) that working in Israel to overthrow the Netanyahu government. They had a marketing strategy team, TV commercials, social media campaigns and endless funds. They ran demonstrations,  anti Netanyahu campaigns and personally attacked Netanyahu and his family.

When it comes to the “Arabs” Netanyahu mentioned, he was talking about the Joint Arab Party. This Arab party has members of parliament who have supported Hizbollah, Hamas and one of their passed members and founder, Azmi Bshara, was suspected of giving over information to Hizbollah during the Second Lebanon War. Bshara fled Israel on the fear that he would have been tried for his treason and is now residing in the Muslim State that is the larget funder of Hamas, Qatar.

During the recent war in Gaza three other members of the Arab Party, Hanin Zoabi,Jamal Zahalka and Basal Ghattas took a trip to Qatar and had a little visit with Azmi Bshara.

What was discussed? Use your imagination!

Just in case you have not yet got the picuture, Hanin Zoabi was on the Turkish Terror boat, the Marmara, and watched as IDF soldiers (of the country she is a citizen of) get their heads smashed in by activists who she called “Peace activists”.

Zoabi lied about everything that happened on the Marmara including her statements about IDF soldiers not wanting to treat the injured. The truth is, SHE was the one who demanded IDF doctors not treat the injured. Don’t believe me? WATCH!

The United Arab party does not accept Israel as a Jewish democracy, they side and support those who seek Israel’s destruction and are using and abusing Israel’s democracy and freedom of speech. It was Zoabi and her Islamic terror supporting friends that Netanyahu was warning about and he had good reason to do so.

Although Netanyahu’s intentions were clear to all that understand Israeli politics, he realized there were Arabs who are loyal citizens of Israel that were offended and therefore did what any great leader would have done. 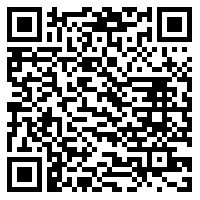