Introduction Israel has just over six millions Jews and the Arab world around her has hundreds of millions of Arabs. Peace is in Israel’s best interest and that is why at no point in Israel’s history did she want, start or call for war.

Here Is What Happened! In 1947, the British were leaving and they handed the area over to the UN who offered a resolution to split the land between the Jews and Arabs (not the Palestinians).


REMEMBER: The British already promised the Jews a homeland in Palestine, including what is today known as Jordan. This is what the map of British Palestine looked like when Balfour promised it to the Jews in 1917.

In 1922 Abdullah came in from Mecca and occupied the area called Trans-Jordan (the other side of the Jordan river). Trans-Jordan made up over 70% of what was the British Mandate of Palestine.

The red part was the new Jordan country while the blue remained the British Mandate of Palestine. Never were any of these areas part of an Arab Palestine State, country or national land!

1. 1948 War Of Independence The in 1947, the British Mandate decided once again to carve what she promised to the Jews and offered a SECOND Arab State to sit along a Jewish State and this is what it would look like.

Unfortunately, the Arabs rejected the Partition Plan and attacked Israel on all fronts.

** REMEMBER —> The partition plan did not mention a Palestinian nationality or a State called Palestine but rather an Arab State IN Palestine! That is because an Arab Palestine State NEVER existed and was NEVER occupied! IMAGINE IF:  The Arabs would not have attacked Israel in 48! The West Bank, Gaza and the Golan would be in Arab hands, no settlements would exist, the area would be a blossoming oasis and an example of inter-religion peace.

BUT THE ARABS CHOSE WAR INSTEAD

2. 1956 War This is what the map looked like following the 1948 armistice lines. Notice, NO PALESTINE!

“Egypt has decided to dispatch her heroes, the disciples of Pharaoh and the sons of Islam and they will cleanse the land of Palestine….There will be no peace on Israel’s border because we demand vengeance, and vengeance is Israel’s death.” Then the Egyptian blockade of the Straits of Tiran started as did Nasser’s nationalization of the Suez Canal in July 1956. On October 14, Nasser once again made his intentions perfectly clear:

“I am not solely fighting against Israel itself. My task is to deliver the Arab world from destruction through Israel’s intrigue, which has its roots abroad. Our hatred is very strong. There is no sense in talking about peace with Israel. There is not even the smallest place for negotiations.” IMAGINE IF: Nasser would not have dreamed of destroying Israel. Imagine if instead of trying to blockade Israel, Nasser would have built partnerships with Israel. The entire area could have become a financial stronghold. Can you imagine what we could have done if only Egypt did not want to destroy Israel!

BUT THE ARABS CHOSE WAR! 3. The PLO In 1964 the Arab League decided to create the PLO with the goal of destroying Israel. This was in no way a local Arab terrorist organization and even its leader, Yasser Arafat was not born in British Palestine.

REMEMBER: in 1964 there were no settlements and the everything over the green line including Jerusalem was in Arab hands! At no point did the PLO demand or request the West Bank be part of a Palestinian Arab State since it was in Jordanian’s control! IMAGINE IF: Instead of building an organization whose goal was the destruction of Israel, Jordan would have developed the West Bank that was under their control and Egypt would have focused on developing the Gaza Strip which was under their control. Can you imagine what it would have been like if the Arabs would have focused on building theirs instead of planning to destroy ours?

BUT THE ARABS CHOSE TERROR

4. 1967 Six Day War In 1967 Egypt once again made the mistake of calling for war. One of the results of the 1956 war was that Nasser agreed to have UNEF (United Nations Emergency Force) in the Sinai peninsula in order to make sure all sides were keeping to the 1949 armistice lines. May 1967, Nasser began massing his troops in the Sinai Peninsula on Israel’s border May 16, expelled the UNEF force from Gaza and Sinai May 19 took up UNEF positions at Sharm el-Sheikh, overlooking the Straits of Tiran. Israel reiterated declarations made in 1957 that any closure of the Straits would be considered an act of war, or justification for war. May 22 Nasser declared the Straits closed to Israeli shipping What Nasser said: “Our basic objective will be the destruction of Israel. The Arab people want to fight,” he said on May 27. The following day, he added: “We will not accept any…coexistence with Israel…Today the issue is not the establishment of peace between the Arab states and Israel….The war with Israel is in effect since 1948.”

With Egypt’s forces massed on the border and the cries for the destruction of Israel coming from Nasser, Israel preempted the Egyptian strike and took out the entire Egyptian air force before they even got off the ground. Although Israel made it clear to Jordan that she had no interest in fighting, Jordan joined the war and attacked Israel from the East along with forces from Iraq and Saudi Arabia. From the north both Syria and Lebanon joined the war as well. With all the odds against us, Israel completely destroyed all attacking Arab armies that attempted to destroy her.

Following the Six Day war, Israel liberated areas that Jordan prohibited Jews from entering. This included Jerusalem and the cave of Patriarchs in Hebron. This is what the map looked like following Israel’s victory.

Even if one wanted to use the word “occupied” the areas that would be considered occupied were taken from Jordan and Egypt, NOT PALESTINE!

IMAGINE IF: Instead of the Arab armies ganging up on Israel, they decided to hold a summit on how to best develop the area. If the Six Day War would not have happened, there would be no ‘Green Line’ or settlements and most importantly there would be no Palestine occupation claim towards Israel.

In fact, if the Six Day War would not have happened, the so called “Palestinians” would be blowing up buses in Jordan and Egypt since they were “occupying” what the Palestinians claim was theirs! We could have developed a beautiful area only if the Arabs wouldn’t hate Israel so much!

5. 1973 Yom Kippur War IMAGINE IF: Egypt would not have attacked Israel on the holiest day of the Jewish Calendar. How many lives could have been spared on both sides.

IMAGINE IF: Instead of firing missiles and attacking Israeli cities in the North, Lebanon and the PLO would have focused on turning Lebanon into the luxury country it once was. Instead of kidnapping and killing Israeli soldiers, they decided life is more important than the destruction of a small Jewish country in the Middle East! Can you imagine the tourism, the trade, the business that could have been carried out?

7. 2005, 2014 Gaza War In 2005 Israel completely pulled out of the Gaza strip and handed it over to the Arabs in 2005. Israel left infrastructure and green houses that were used for Israel’s HUGE vegetable and flower export. Following the total Israeli pullout, the Arab voted in Hamas, a terrorist organization sworn to destroy Israel, and completely destroyed the infrastructure Israel left. Over $1.2 BILLION was donated to Gaza and instead of using it to build schools, hotels and businesses, it was used to buy and build missiles as well as dig tunnels to attack Israel.

IMAGINE IF: Instead of focusing on how to destroy Israel and kill her citizens, the Arabs of Gaza would have built up Gaza to become a beautiful vacation oasis in the Middle East. Instead of firing missiles on Israel, they would have asked for help to continue the multi million dollar vegetable export Israel had in Gaza before she left. Instead of spending billions on weapons, they would have spent billions on education, culture, sports and more.

There is really only one reason peace does not exist in the Middle East and that is, THE ARABS CHOOSE WAR! 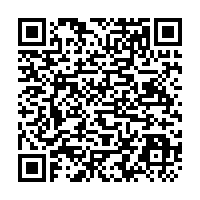