I was going to name this piece “The Death of American Politics” but American politics has been dying since it was born.

That is, American politics has been so partisan and so toxic for so long that it has become virtually impossible to separate fair assessments of truth from media-driven propagandistic baloney which, today, almost always favors the Democratic Party.

The gang rape of Donald Trump makes for an interesting case in point.

It no longer matters much what Donald Trump says because even if he says “boo” the media will clobber him on behalf of the Clinton campaign, which is to say, on behalf of the dysfunctional Democratic Party status-quo.

No matter what Trump says the progressive-left and the Democratic Party will defame him as a racist and a sexist.

The great irony, of course, is that the progressive-left is the most racist political movement in the West today, outside of political Islam, and a great enemy, along with political Islam, of the Jewish people. Even as progressives and many Democrats decry the lone, sole Jewish state as a racist, colonialist, imperialist, militaristic monstrosity – despite its democracy and liberalism and general decency compared with so much of the rest of the world – they perpetually whitewash and make excuses for the very worst aspects of political Islam.

A Muslim slaughters 49 people in a Gay nightclub in Orlando in the name of the Islamic State?

Blame the Republicans or blame Trump or blame generalized American bigotry and homophobia or some alleged violent American “gun culture.” But whatever you do, do not blame political Islam because that would make you a “racist.” The progressive-left and the Democratic Party consider “people of color” to be something akin to little children that must be protected from the foreseeable consequences of their own behavior. It is the twenty-first century version of “White Man’s Burden.”

And it is the most prominent form of bigotry today among westerners.

This form of bigotry – otherwise known as humanitarian racism – like all prominent forms of bigotry, has wide-ranging consequences. Because white western “liberals” consider non-white-westerners to be naturally inferior and, therefore, in need of protection, they refuse to criticize political Islam. This means that the hard-core boys in the Islamist organizations (like ISIS and Hamas and Boko Haram and on and on and on) flourish, while the true Muslim moderates and secularists are shunted aside by the West even as under physical threat from their Islamist brothers.

It means that Arab and Muslim homophobia, misogyny, anti-Semitism, and generalized anti-non-Muslim bigotry and persecution, are given a pass because to do otherwise opens oneself to charges of racism and, therefore, to social ostracism (among the political and intellectual sectors) and potential loss of employment.

It means that ISIS gets a pass even as it buries Yazidi kids alive in mass graves and beheads Christian Copts by the dozens and blows priceless antiquities (the very birthright of humanity) to smithereens.

Donald Trump is not a racist for wanting to hold back Islamic immigration until we develop effective screening methods. Political Islam – like Nazism or Soviet Communism – is an ideologically violent political movement and we know that a certain percentage of emigres will be Jihadis. Thus any normal functioning intelligence would conclude that holding back Arab and Muslim immigration into the United States is merely common sense. This does not mean that we keep a Muslim grandmother from Manchester from seeing her grandkids in Michigan. Nor does it mean that we prevent a Muslim physician from Toronto from traveling to Manhattan to perform a surgery.

What it means is necessary due diligence so that San Francisco does not start looking like Paris with blood running in the streets. 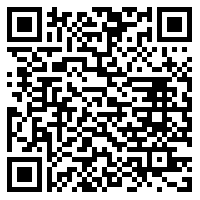