Watching the news reminds me of when I was in Gaza.

I know that many people say that Israel bombs indiscriminately, but when you are on the ground there in the middle of a major operation, it is horrible. This is a picture I took of the American International School hit in Operation Cast Lead (2009). It was reported that Hamas was firing rockets from the school.

But, I’ll never forget one night, sitting in my apartment, watching television. It was warm so the patio door was left open, and I could see the building across the street from me. It was a huge house, 5 stories high, so there were tons of windows. Suddenly, enough light reflected off those windows to totally light up my flat like it was daytime. The boom I heard was so loud – I was terrified. I jumped straight into the air and came down crying – I didn’t know what was happening. It was then that I learned that Hamas had a facility about 3 blocks away and Israel had hit it. The night was subsequently quiet, so I was sure the intended target was hit.

What amazed me was the fact that this Hamas facility was so close to a “non-Hamas” neighborhood. It is not a secret and this is a common practice and I’m telling you, it’s frightening. Of course, my first thought was “Why is Israel bombing this neighborhood?” Then I was told about the Hamas facility. Yes, they do tuck their operations into residential areas and let civilians endure the consequences.

As soon as the facility was hit, there was no further bombing that night. 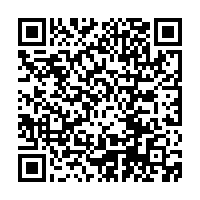