My top pick for today is The Lid’s fascinating entry titled:


It’s got everything, and if it’s real, then it’s pretty scary. So, let’s get scared together:

If you don’t know Robert Stacy McCain you are really missing something. As the saying goes, Stacy is a real trip. The Other McCain (he is the conservative one- unlike his distant cousin the Arizona senator) is no stranger to controversy mostly because of his honesty, he tells you exactly what he thinks.

I will tell you a secret about Stacy McCain that most people don’t know–if you need help –he will not only give you the shirt off his back but his back also.

Yesterday Stacy had to go into hiding. It stems from the fact he wrote a series of articles about convicted terrorist Brett Kimberlin, who now runs a 501(c) 3 organization, a Democratic party operative who is partially funded by progressive sugar daddy George Soros. The Lid

Pilgrimage The eighteenth century polemic surrounding the emerging Chasidic movement took place on multiple levels, among them halakhic. One important anti-Chasidic disputant was R. Yechezkel Landau, whose scholarship was so massive that he continues to be a major force in Jewish law even two centuries later. A number of his halakhic rulings can be seen as disputing Chasidic practices, such as his responsum forbidding the recitation of a “Le-Shem Yichud” formula before performing a mitzvah. Another is his forbidding the common Chasidic practice of visiting one’s rebbe on holidays Hirhurim

New Old Torah A famous physician once passed through Bluzhov, and the Chassidim prevailed upon him to examine their rebbe. With some anticipation in his voice, the doctor told the Rebbe that he had detected a potentially serious heart flutter. Unimpressed, the Rebbe asked the physician, “ Do you know what today is?”

Not aware that the day was anything special at all, he admitted that he did not.

“Today is the 3rd of Sivan. In three days time, we will receive the Torah. How could my heart not flutter?”

He lived to the age of a hundred. Yitzchok Adlerstein, Cross-Currents

A little clunky, but worth following:

What have the Muslims ever done for us? Pirke De-Rabbi Eliezer is an Aggadah-midrash compiled in the first centuries of the Muslim occupation (7th-9th).  In chapter 30 we find a list of things the Muslims did in Israel.

“Woe to those who live in their [Muslim] days […] The sons of Ishmael will do fifteen things in the Land at the end of days, and these are:

(1) They will measure the land with ropes, and (2) they will turn the cemetery into grazing lands and trash-heaps, and (3)they will measure from them (the cemeteries) and to the mountain-tops, and (4) lie will proliferate, and (5) truth will be persecuted [or: hidden], and (6) law will become distant from Israel, and (7) there will be many sins [or: poverty] in Israel. Ora, The Muqata

The three riders of the Proto-Apocalypse:

Violence, Peace and Hypocrisy It’s said and sung that “money makes the world go around,” but the grease that facilitates it IMHO is hypocrisy and anti-Semitism. Jews and Israel are always held up to obey rules that no other People, country or society ever need to worry about, and unfortunately it seems to never end.

There’s no rational, logical reason for people like myself, ordinary law-abiding people, Jews who live in Judea/Samaria to be condemned by international statesmen and media as “endangering” the peace while they coddle Iran trying to come up with all sorts of compromises to enable it to continue developing its nuclear industries, including weapons. Batya, Shiloh Musings

Do you like freaky and personal? Go for it: 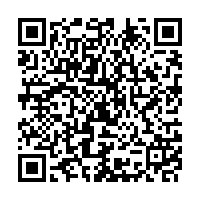