All we can think about these days is the terror.The terror we thought had abated, but in reality, took a nap and then hit us in a truly intense and personal way. A beautiful boy, Ezra Schwartz, just 18 and spending his “year in Israel” as me and all my friends had done, was murdered by a Palestinian terrorist with an Uzi, while on his way back from giving food to lone soldiers. You really couldn’t have scripted a more tragic end to such a special life. Even in a country and a time where these attacks have become somewhat expected and eerily commonplace, this loss hit me hard. I couldn’t sleep or eat, and I found myself voraciously looking for information and photos and video of this kid I never knew, but felt like I personally lost. And I think we all did here in Israel, most especially the American-olim community. I thought of how I myself was “an American tourist in Israel” maybe 50 times on various Birthright and vacation trips. I spent the year here in seminary. When I was that age, I had no doubt whatsoever that once my year was up, I’d move back to New York and live a safe and happy Jewish life in America. Things change and I thank G-d I was bitten by the aliyah bug eventually, but my life mirrored Ezra’s really closely at that point in my life. I was exactly what he was- an “American Jewish tourist in Israel.” I thought of his friends and the other kids in his gap year, who must all be understandably afraid. About his parents and family, who did the most normal thing Orthodox American parents can do- send their kid to Israel for the year. I thought about his community, who could never fathom that tragedy would hit them from so far away.

In the flood of articles to come out in the aftermath, one stood out to me as a new immigrant. It’s common knowledge that this murder has been widely publicized in Israeli and Jewish media, but almost not at all in European and American media. As with many Jewish murders by terrorism in Israel, the world yawns. But the author of this article was truly disheartened by the fact that this American Jew, without the stain of Israeli citizenship, much less a (cringe) “settler” was being ignored by most of the American media and the president of the United States. She didn’t understand how American citizens killed in recent terror attacks in France and Mali received so much more media attention. She lamented the idea that, G-d forbid, if it was her or her family member who suffered the same fate, she would be equally abandoned by the country she loved and lived in for so many years. She rightly understood that as an American Jew who left to live in Israel, any tragedy that befell her here in Israel would be even less worthy of mention in the country where she is still a citizen.


To say nothing of my disdain for the current American president (and trust me, after over 7 years, I have what to say), it struck me how my personal viewpoint differed so greatly from the writer of this article. First, the lack of media attention didn’t surprise me, nor did the near-radio silence and lack of condemnation from the State Department. I have come to expect exactly this from the world we live in, and much more tragically, from the country where I grew up and still appreciate tremendously. I chose to focus on the local papers in Boston who wrote beautiful tributes, and the senators and representatives on both sides of the aisle who remembered Ezra publicly. I had gratitude to the select (and to be fair, mostly conservative) national media who did mention Ezra’s loss and the Jewish community’s outpouring of support. But call me jaded, I’m just not surprised anymore, nor am I particularly upset.

When articles about murdered Jews come with rationalizations and equivocations, it’s a real blow. When the State Department or president mentions a Jewish death in Israel and follows it with calls for “restraint on all sides,” it negates all that came before it. When anti-Semites on social media use your tragedy as fodder for their own agenda, you can’t help but wish they didn’t know about it at all. And when you have to doubt the country that you pledged allegiance to for twelve years, doubt their allegiance to you, it’s really an awful feeling.

I don’t know when it happened, and it definitely hasn’t always been this way, but I have come to the realization that at the end of the day, the Israeli and world Jewish communities are the only ones who will love, honor and respect me no matter what. As we have seen with Ezra, all victims of Palestinian terror, and Jewish victims of terror around the world, we are our own champions. We are the ones who will remember us, the ones who will memorialize us. We are the ones who will pray for us and the ones who will let the world know what we lost. We are the only ones who will fight for our rights and our homeland. And while I am forever grateful to our allies in the world- the Christians and the Muslims and the atheists and the Buddhists who care about us and our safety- we, the Jewish nation, are our one steadfast support system. Throughout our history, we have had countless enemies, with no one to turn to, no one to defend us. We have had ourselves and only ourselves through the millenia, and now is no different. I know a lot of you will read this and think “What a stupid girl. I am a proud American/Parisian/Brit/Aussie Jew. I have plenty of friends who would stand for me, defend me.” And I have no doubt that they would. I, too, have friends who love me, love the Jewish people, even love Israel. But you know what? The only support I need in this world is that of my fellow Jews. I know that if I have that then the fickle affections of Europe or the United States won’t affect me. That if, G-d forbid, anything happens to me, or someone I love, I won’t have to live with the anguish of feeling deserted by the country where I was born. I know that this country, my country, my government and my people will embrace me, support me and love me like I love them. Because we are one family and that is what family does.

I know I say this a lot, but I always mean it- The Nation of Israel Lives- with each other and for each other. Am Yisrael Chai. 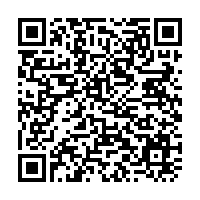