Israel is on the attack, but this time it is with kibbutz spiders grown as a natural pesticide to fight enemies of crops in Colombia, Globes reported.

The carnivorous spiders are grown in the Bio-Bee laboratories at Sde Eliyahu, a national religious kibbutz located in the Jordan Valley, approximately five miles south of Beit Shean and near the border with Jordan.

It has grown spiders that will be flown to Colombia and multiply to 600 million to eat up spiders half their size. They are kept refrigerated and then reproduce after being released in warm air at their destination.

The kibbutz spiders chase after the smaller enemy, hunt it down and then suck it dry.

Bio-Bee is looking forward to marketing the natural pesticide to replace chemicals.

Sde Eliyahu says the carnivorous spiders are expensive to grow. It takes only a week from incubation to reach the adult stage, but they fetch a price of tens of thousands of dollars and ounce. 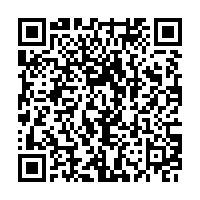