“Did you hear?” the texts blared as I opened my eyes this morning. “Lauryn Hill canceled her Israel concert!” I got three variations of this text, for a few reasons. One is because I have been a huge Lauryn Hill fan since the 90’s. Her album was one of the first I ever bought for my own little collection. Another was because I had bought tickets to that show, and was looking forward to seeing her live for the first time ever- and in Israel, no less! It worked out perfectly- an outdoor show on a Thursday night, conveniently right after Lag B’Omer! I even had the blanket I planned to sit on ready to go. Then, all in one text, the minor cloud that ominously hung over this concert broke into a storm. There had been rumblings that Hill might cancel for several reasons. One is that she’s notoriously flaky- her erratic behavior at and before her shows is legendary. But also because she has been ceaselessly pressured by the loud and aggressive BDS movement to cancel, basically since the moment she announced her show.

There have always been rumors of Hill’s real feelings toward Jews. I personally heard she wasn’t a fan. Then I heard it was hearsay, and upon further research, couldn’t find a credible source proving she ever said anything anti-Semitic. So to hear that now she is cancelling this concert is even more upsetting. The reason (cough, excuse) from the singer herself is that since she couldn’t play a show in Ramallah for her Palestinian fans, she didn’t feel right playing one for her Israeli fans. Um, wait a sec. Did she even plan a concert in Ramallah? When was it scheduled? Where were they selling tickets? And if the Israel concert had been set for months, why was this Ramallah oversight mentioned 3 days before the show?! Another explanation could be poor ticket sales. This is highly likely, as her show was still being promoted heavily here in Israel while the upcoming Backstreet Boys shows are basically all sold out. If that’s the case, we have the right to know. Don’t hide behind some equivocation nonsense.


But the real worrying possibility, is that she, like several others before her, bowed to the pressure of the 24/7 hate machine known as BDS. Ever since the concert was scheduled, there has been a steady barrage of Facebook campaigns, petitions, articles and veiled threats, all with the sole purpose of scaring Lauryn Hill into canceling. They tried and failed with Alicia Keys, Justin Timberlake, Lady Gaga and Robbie Williams. Each of them withstood the pressure, came and performed, and enjoyed every minute. Each concert was a triumph for music and freedom at the same time. But it seems they succeeded with Lauryn Hill. It appears that their unending stream of threats, lies and vitriol worked, and it leaves Israel looking bad. Just look at the Facebook page dedicated to her concert here. It is now bursting with anti- Israel and anti- Semitic comments ranging from the offensive to the terrifying. It took a situation which never needed to happen, and turned it into a public relations headache, the likes of which Israel just does not need.

So sure, I’m annoyed that my Thursday night is ruined. Yeah, it’s frustrating to have to speculate as to just why the concert was really canceled. But my biggest gripe with this whole issue is how it affects Israel. It gives ammunition to those who hate us, and shines a spotlight on us for all the wrong reasons. I hate to think that the to biggest headlines out of Israel this week are “Israel in Nepal” and “Lauryn Hill boycotts Israel.” It’s not okay. In the words of my once- favorite singer, Lauryn Hill, “it could all be so simple, but you’d rather make it hard…” 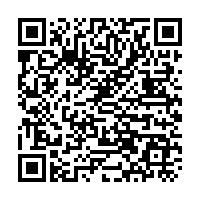