Only Israel’s first Prime Minister, David Ben-Gurion crafted more Government Coalitions than Binyamin Netanyahu, but take into account that the country was young and terribly unstable at that time. I checked the complete list of Israeli PM’s in Wikipedia. Besides Ben-Gurion, nobody comes close to Netanyahu, who is about to enter his fourth term as Prime Minister of Israel, or am I missing one.

You’d think he’d be better at it with so much experience, but he isn’t. This incoming government has brought him to an all time low. Left, Right and Center, I doubt if anyone other than fanatic Deri-Shasniks could be pleased or neutral about having Arie Deri in charge of the Treasury.

Prime Minister Benjamin Netanyahu signed a coalition agreement with Shas on Monday night, giving the ultra-Orthodox party control of the economy and religious affairs ministries and moving one step closer to building a government. (Times of Israel)


How could anyone forget or ignore the fact that Deri served time for corruption?

After Deri was convicted of taking $155,000 in bribes while serving as Interior Minister and given a three-year jail sentence in 2000, he was replaced by Eli Yishai.[1][2] Due to good behavior, Deri was released from Maasiyahu Prison in 2002 after serving 22 months.[3]Despite the corruption scandal and legal troubles, he remains very popular with the religiously traditional and Mizrahi Haredi public. (Wikipedia)

Having the cat guard the cream is not a good idea and certainly doesn’t teach the Israeli public that “crime doesn’t pay.”

There isn’t all that many ministries left over for Naftali Bennett’s Jewish Home party and even less for Bibi’s own Likud. But that is what frequently happens when the Likud forms a government. All the important positions are given out to bribe encourage other parties to join or to make the government Center rather than Right. Menachem Begin established that template in 1977 when he shocked everyone by bringing in Leftist Moshe Dayan.

And about Avigdor Lieberman’s ripping up his agreement with Bibi? I’m not surprised. Lieberman has officially opened the next Knesset Elections campaign.

Yisrael Beytenu chairman Avigdor Liberman predicted on Monday night that Prime Minister Binyamin Netanyahu’s new coalition will be short-lived.
Speaking to Channel 2 News’ late night edition, hours after he dropped a bombshell and announced he would not join the coalition, Liberman predicted that there would be new elections in Israel by 2016, if not later this year. (Arutz 7)

Netanyahu will keep trying to sweeten the deals with his “partners” to postpone the next round of elections. 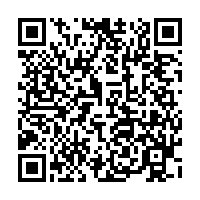